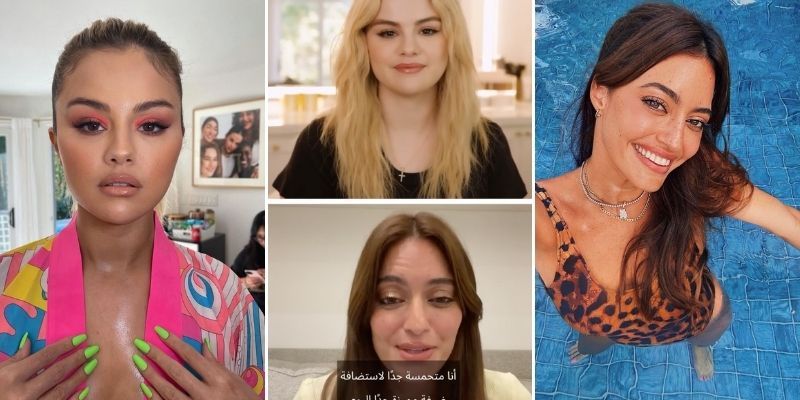 A Dubai Influencer Gets A Solo Video Chat With Selena Gomez

The social media game and social media influencers have been around for a couple of years now but it’s still a pretty surprising ‘feat’ of sorts when the world of A-listers, Hollywood and red carpets collide with the internet. Although, let’s face it, they’re practically one and the same now and has fully merged.

Social media influencers are our modern-day celebrities, and Karen Wazen is the big name everyone knows in the Middle East and beyond. In a recent post, she sat down (virtually) with singer and actress Selena Gomez for a fun little video chat. Ahh, if it this isn’t goals.

Karen Wazen interviewed the actress and now founder of her own beauty line, Rare Beauty, about her life and earliest memories at a Sephora store and makeup

She recently attended the Cannes Film Festival, slaying in this STUNNING white couture.

Love to see it: Selena Gomez has been working hard promoting her beauty brand’s official launch in the Middle East

And of course, we all know our girl Karen has also entered the entrepreneurial sphere herself

…with her fabulous range of eyewear called By Karen Wazen.