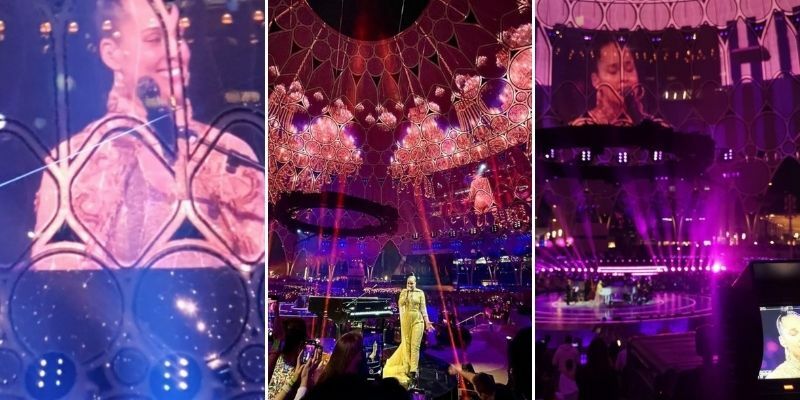 Global superstar Alicia Keys took centre stage on 10th December at the Expo 2020 Dubai. And boy, to say that it was an INCREDIBLE night would be a massive understatement.

She blitzed the stage and gave one of her memorable performances EVER. And, yesterday also marked the 20th anniversary of her first album.

Her electric voice, the ambiance and the palpable energy from the audience: it was a magical night

The 15-time Grammy Award-winner performed as part of the ‘Infinite Nights’ show series. The global livestream was broadcast live from the shimmering Al Wasl Plaza and featured Alicia Keys performing a bespoke show.

The show featured hits like “Girl on Fire,” “Empire State of Mind” and “New Day,” to which the crowd sang and danced along joyfully

Fans who could not make it to the live show did not miss it either!