On Friday, January 21, footage of a naked man lashing out at a security man in JBR, Dubai was being wildly shared. The man fled the scene before authorities reached.

The man in question then caused disruption at a traffic signal by attacking delivery drivers and other images show him laying flat on the road.

A reminder that public nudity is considered a lewd act in Dubai which is punishable by law.

Lewd acts are a violation of public conduct

As per Article 358 of the UAE, anyone who commits a lewd act — such as public nudity — is in violation of public decency. Such acts are punishable by a jail term of at least six months. 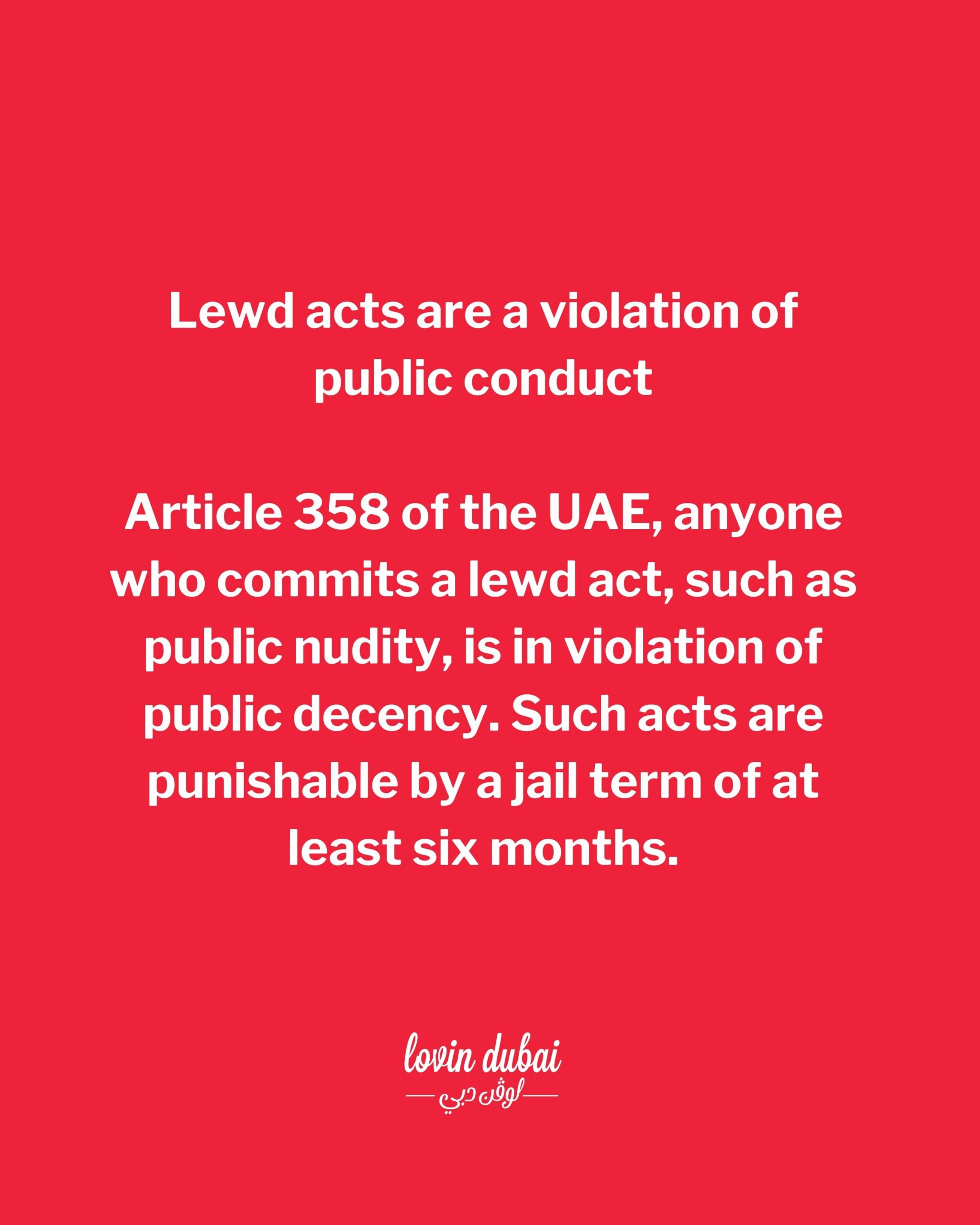 “Investigations showed that he suffers from severe mental disorders.”

Mental illness is a topic that is not touched upon enough in our society. A person’s state of mind determines how they think, feel, and act. Here’s hoping he gets the help he needs and that these conversations are more widely spoken about to bring about awareness and perception.

Back in April 2021, a large group of people were arrested after a lewd and disrespectful photoshoot for an illegal website got shared repeatedly

Footage shows a group of women posing naked on a balcony. With further images showing approximately 19 women posing inside the apartment. Some images were taken from the balcony itself while residents in nearby apartments also captured footage of the incident. Reports saw the photoshoot is part of a publicity stunt for an illegal website.

Dubai Police acted immediately, with a post stating it’s “unacceptable behaviour” which does not reflect the values of Emirati society 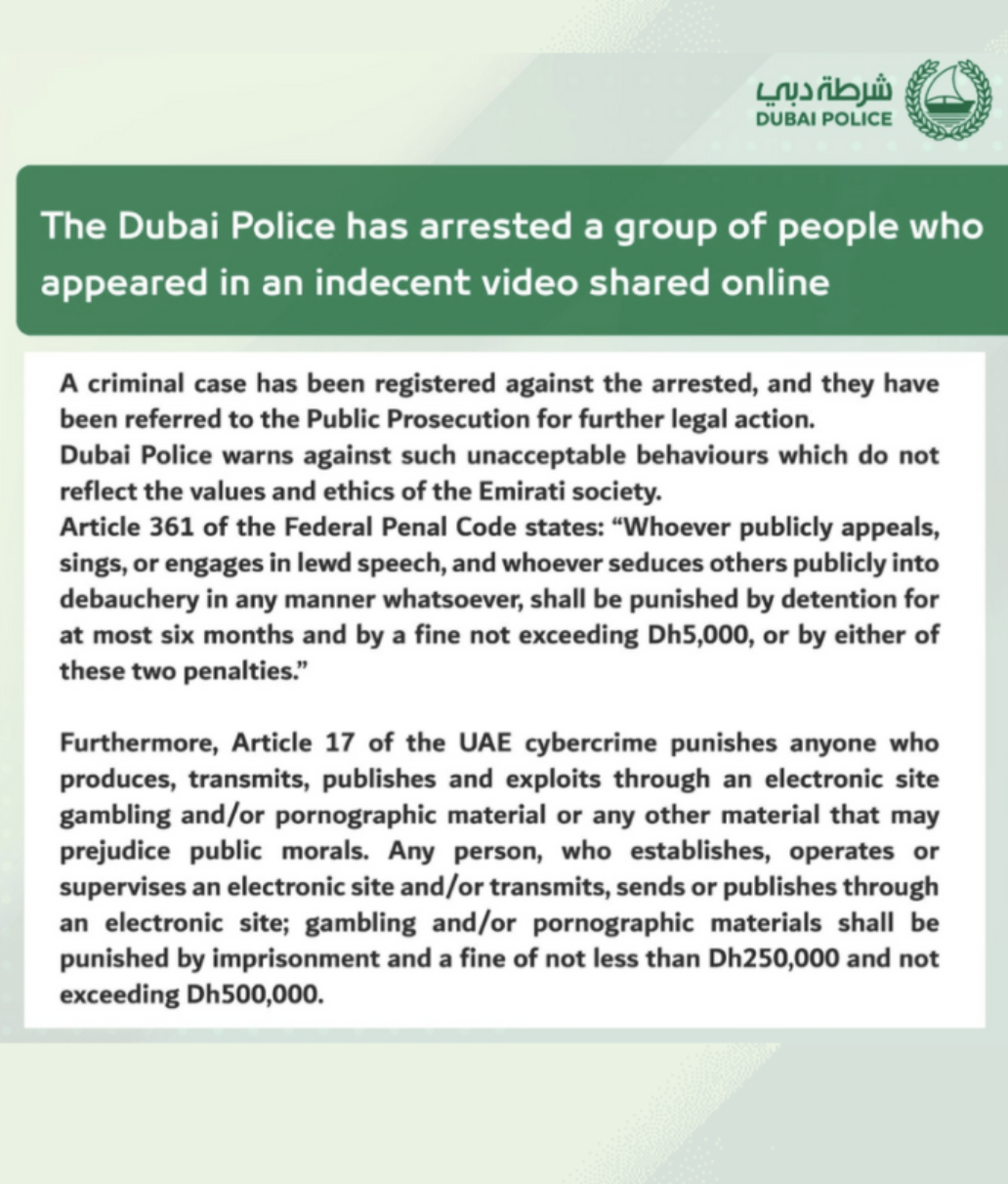