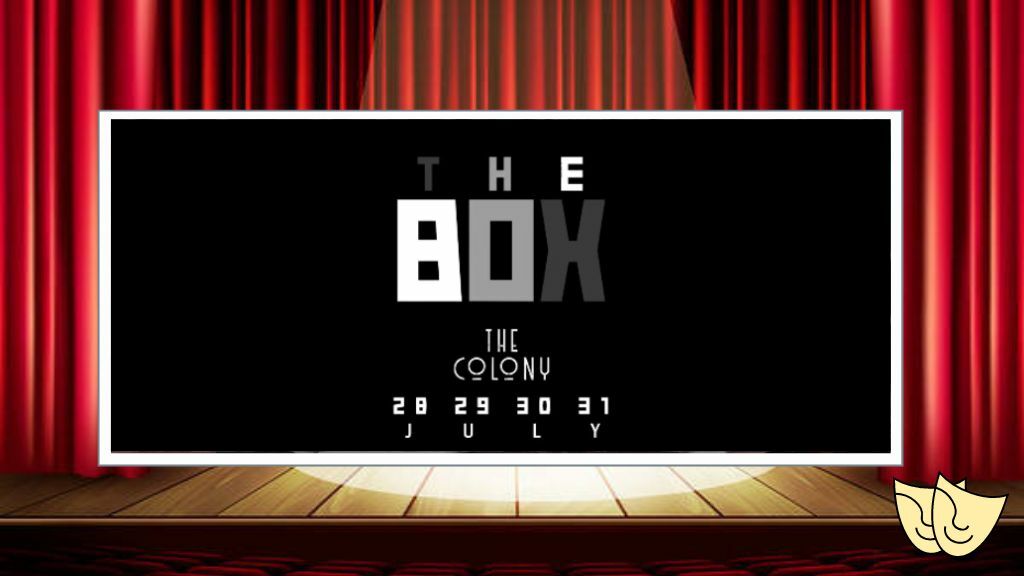 Lahore is all about arts and musicals and plays. Things that add color to life. The Colony Lahore is a Performing & Creative Arts Centre in Lahore which is doing exactly that. Adding color to Lahore and bringing the arts into the spotlight.

‘The Box’ is a dance musical play by ‘Behind The Mask Productions’, and it’s happening in Lahore THIS WEEKEND!

We are SO Excited!

Musicals are always fun to go to. Some of the famous ones that most people have seen in the past include

Lahore has been having local musicals frequently and we are LOVIN this scene.

They have put out a 1-minute teaser trailer for the production which is mesmerising and you’ll feel like you MUST attend this event.

The musical is being directed by Alishan Bin Sohail. Musicals are a pretty difficult thing to direct. They are more difficult to direct than a play because you have so many things to orchestrate.

Musicals also have extreme critics, who tend not to play on the middle ground. This is the same with the audience who finds it hard to find a middle ground. You’ll never hear that a musical is ‘fine’ or ‘nice’, you’ll always hear that people always ‘love’ them or ‘hate’ them. So it’s playing on thin ice.

Musical is a tricky Tricky thing

As is difficult for the director to direct, it’s very hard for actors to give a great performance as well. Actors will need to constantly review their lines, choreography, and vocals. Again, this is not to say that being in a musical is more difficult than being in a play – it’s just different. If the actors are not experienced in singing and dancing while acting, they will need extra practice.

For technical rehearsals, it’s different as well. Setting a karaoke track and the rhythm of the play should properly be in sync with the actors as they act, dance, and sing at the same time. Timing is key.