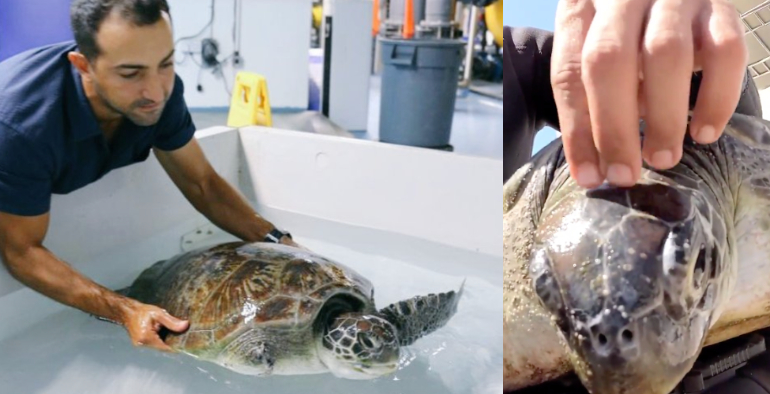 It’s truly heartbreaking what animals have to endure as a result of human activities. But luckily there are a few good ones that venture out to correct the mistakes of those who just do NOT seem to care.

Recently, Sheikh Fahim Al Qasimi took to his Twitter to share the story of Farah, a 20-year-old sea turtle that got trapped by a fishing wire and ended up losing her leg while struggling to break free.

The drowning (yes! ‘drowning’) turtle was luckily found and rescued by the Sharjah royal who was on a free-diving trip in Sir Bu Nuair! (BTW, turtles can hold their breath for several hours, but eventually, drown if they are trapped underwater).

7-metres down, the turtle was found in a dire condition where her neck and flipper were attached to the seabed, trapping her below the surface. By cutting away the restrains, Fahim not only rescued the injured turtle but provided her with immediate medical attention to aid in her recovery.

Second turtle rescued – but this one was not as lucky. Will go through rehabilitation at the Sharjah Aquarium (@sharjahmuseums) Another reminder that plastic doesn't belong in the ocean. pic.twitter.com/XIdP3rgqrD

If you happen to come across a sick, injured or abandoned turtle, PLEASE call the Burj Al Arab Aquarium team on +97143017198.

So happy to share that the team @DubaiTurtles conducted surgery on 'Farah', the turtle that I saved earlier this week. If she recovers fully and can dive, she'll be released back into the sea #turtle #turtleconservation pic.twitter.com/DL9tcY1WT8

Fahim further reminded all to not try feeding lost or sick turtles, and instead to call experts at DTRP/Environment and Protected Areas Authority or the National Aquarium to help care of them.

Farah the #turtle has started eating which a sign that she is recovering well. If you ever find a turtle, don't try to feed it. Leave it to the experts at @DubaiTurtles, @EPAA_SHJ or @Thenationalaq pic.twitter.com/TOf2GMhPKt

If you ever save a turtle, please don’t try and remove the barnacles, you’ll do more harm to the turtle.

Another word of caution by Fahim.

Please, dispose of your trash responsibly! This isn’t a one-off incident, marine animals, camels, stray animals and birds frequently end up suffocating and dying as a result of plastic consumption.

Listen To The Lovin Daily: A Person Of Determination Was Excluded From Ironman 70.3 Dubai On The Day Of The Race

The Lovin Daily: A Person Of Determination Was Excluded From Ironman 70.3 Dubai On The Day Of The Race https://t.co/oU3GydBJMJ

Change begins at home! So ditch those plastic straws for this eco-friendly 5-Piece Reusable Straw Set! 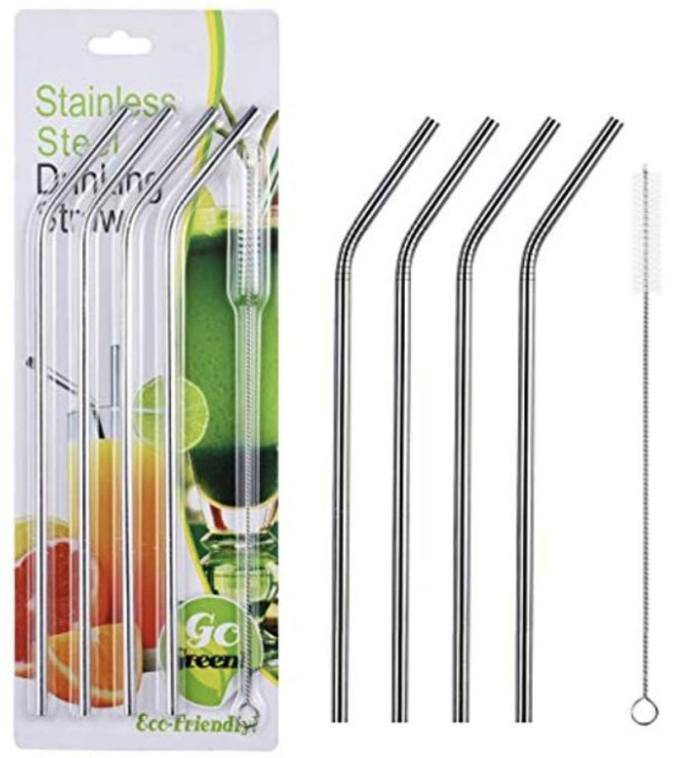