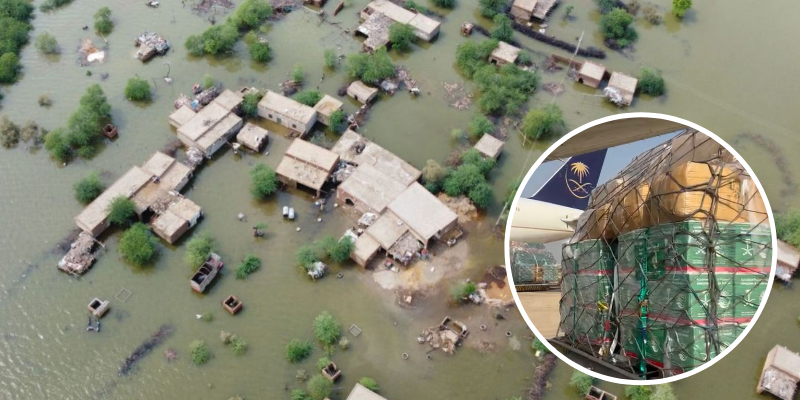 Most of the provinces in Pakistan were hit by the floods, but Sindh, Balochistan, and southern Punjab were the most affected, leaving more than 33 million people in need of assistance pic.twitter.com/sbCHwbgHsT

Saudi Arabia sent out two planes to Karachi, each carring 90 tonnes of food, supplies, medical kits, shelter, and other necessities for the flood victims. The Saudi Press Agency reported in a statement, that “this airlift is a part of Saudi Arabia’s commitment to providing urgent support to countries facing crises such as the one being experienced in Pakistan.”

The supplies were dispatched by the King Salman Humanitarian Aid and Relief Center to reach more than 19,000 beneficiaries around Pakistan

The second plane of the Saudi relief air bridge arrives in Pakistanhttps://t.co/mzZvDS8rmC pic.twitter.com/klM22vsc54

The Saudi Ambassador to Pakistan, Nawaf bin Saeed Al-Malki, was at Karachi’s Jinnah International Airport to recieve the first batch of supplies this past Tuesday, as the second batch flew in on Wednesday.

You can find out more about where to donate to the flood victims in Pakistan through the World Flood Programme.