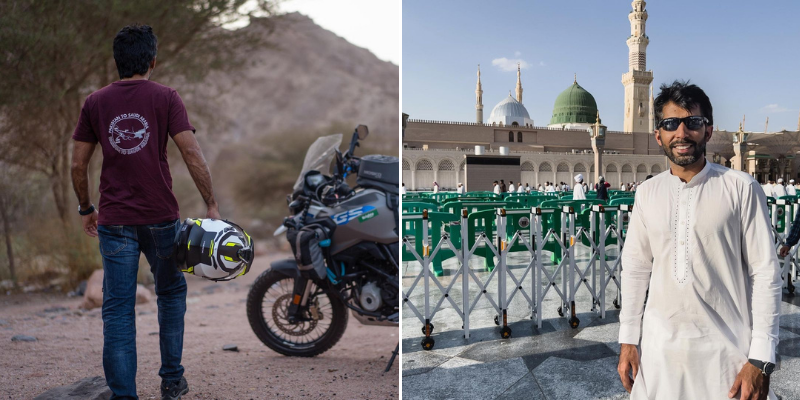 Abrar Hassan has amassed a huge following on his YouTube channel called Wildlens by Abrar for travelling around the world on his motorbike. A mechanical engineer by profession, Hassan’s latest journey saw him crisscrossing many countries before reaching Saudi Arabia.

Setting off from his hometown Nankana Sahib in Pakistan, he rode for 50 days on his bike vlogging along the way before he finally reached Madinah.

He passed through Iran, Iraq and Kuwait before reaching Saudi.

This video of his has gone viral in Saudi Arabia.

My video which got viral in Saudi Arabia https://t.co/PctWh5NFo2

His latest vlog from Saudi Arabia shows Hassan in the ancient garrisoned city of Khaybar which lies to the north of Madinah.

This isn’t the end of his journey, he will be traveling across the length and breadth of the kingdom before setting off on his way back to Pakistan.