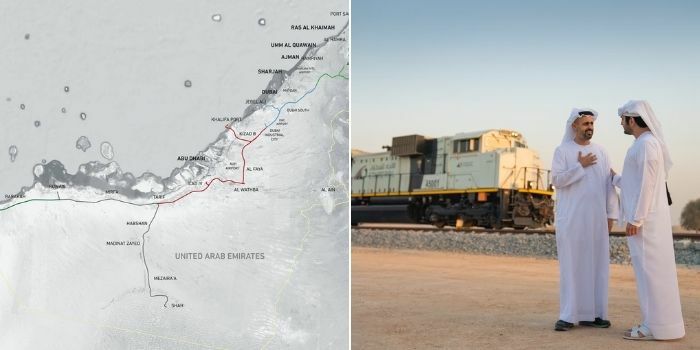 It’s been the talk of the town, a 1200 kilometer railway for passengers between Abu Dhabi and Dubai that doesn’t just end in those two routes but is actually part of a much larger network for Etihad Rail, which will extend across the UAE, from the border of Saudi Arabia to Oman.

The completion of Etihad Rail was commemorated by Maktoum bin Mohammed bin Rashid Al Maktoum, Deputy Ruler of Dubai and Prime Minister & Minister of Finance on March 1 with a groundbreaking ceremony.

When will it launch?

Reports say that the passenger line and its exact route has yet to be announced but it is expected to carry more than 36 million people every year by 2030.

Can you imagine that? Taking the train from one Emirate to another, and better – from one GCC country to the other. How exciting!

Traveling up to 200kph, the passenger trains are intended to link 11 cities and areas and can each carry around 400 passengers. According to The National, travel time between Abu Dhabi and Dubai will be about 50 minutes, while a route from Abu Dhabi to Fujairah will only take 100 minutes. 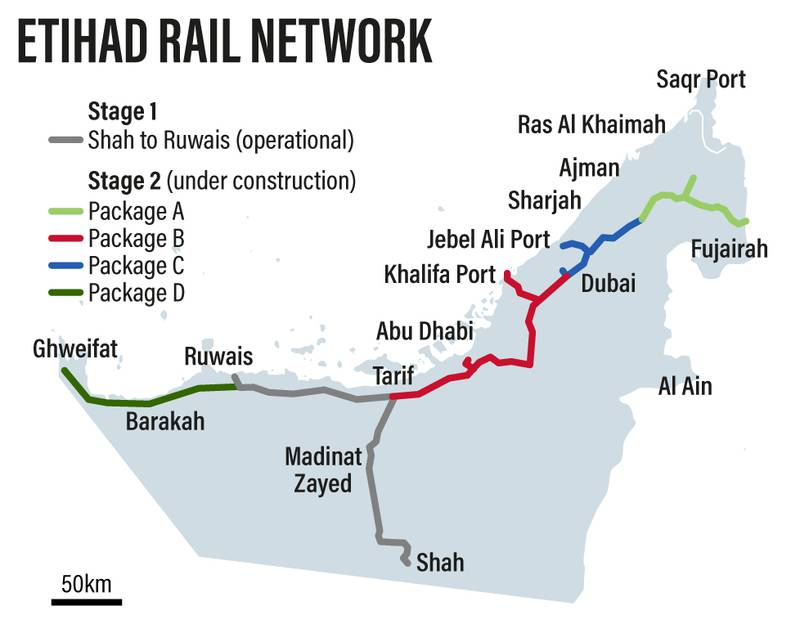 Are we ready for this?

The green loan agreement worth AED 1.99Bn between Etihad Rail and First Abu Dhabi Bank aims to support the delivery of passenger railway transport in the UAE. Traveling at a speed of 200 km/hr and with a capacity of up to 400 passengers per train pic.twitter.com/8Vk1AqzTfC

This is what Etihad Rail’s current network map looks like

The grey lines represent the network being built in stage one, e.g. the operational line that now goes from Shah to Ruwais. Green, red, blue are areas that are in stage two, under construction. 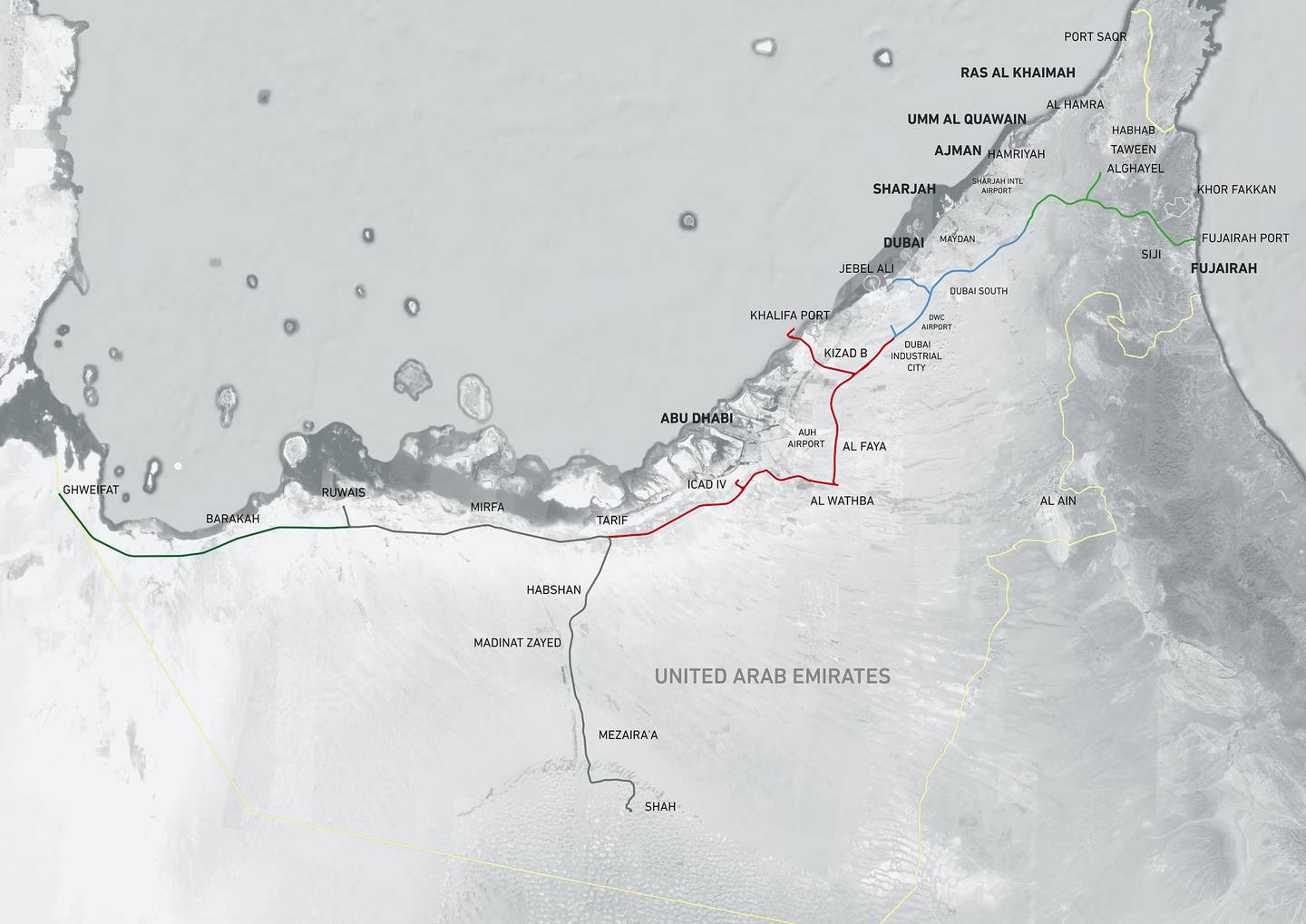