If you live in Sharjah but work in Dubai, you must be spending half your day on the road because we know what the traffic is like. God forbid you attempt this journey during rush hour because it is all stall and no rush.

Lucky for you though, Dubai’s Road and Transport Authority (RTA) just revealed a new road project that will dramatically reduce the traffic from Emirates to Sheikh Mohammed bin Zayed Road.

The project will include a three lane underpass in each direction between Al Khawaneej and Sheikh Zayed bin Hamdan Al Nahyan Roads, in additional to a bridge bewteen Al Amradi and Emirates Road.

His Excellency Mattar Mohammed Al Tayer, Director-General, Chairman of the Board of Executive Directors of RTA, explained that in addition to the Emirates and MBZ road journey time being reduced, the waiting time at the junction of Al Khawaneej to Sheikh Zayed bin Hamdan Al Nahyan will reduce from 330 seconds to just 45. The Al Khawaneej to Al Amradi Roads are also seeing an improvement.

It also doubles up the capacity of the junction from 8,000 to 16,000 vehicles per hour, and halves the waiting time at the intersection of Al Khawaneej-Al Amardi Roads, which has been upgraded from a roundabout to a surface junction, from 120 seconds to 60 seconds,

This project also complements the Tripoli Street Improvement Project. The Tripoli project will create a better flow of traffic between Dubai and Sharjah, through creating easier access to Al Warqaa and Mirdif areas. It’s an all round improvement for the Dubai – Sharjah drive. 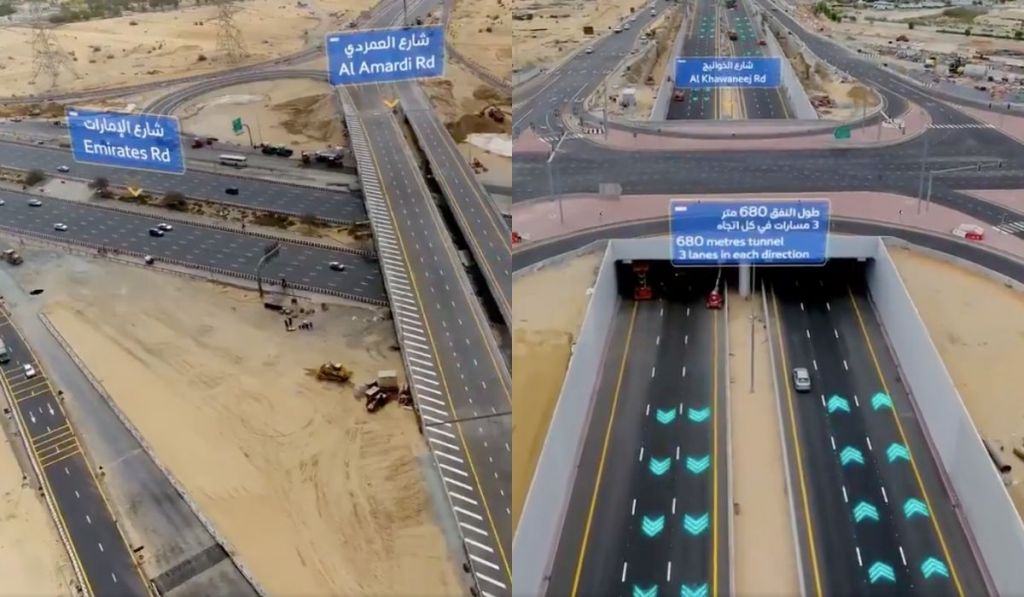 Listen To The Lovin Daily: CONFIRMED: No COVID Deaths After Vaccination