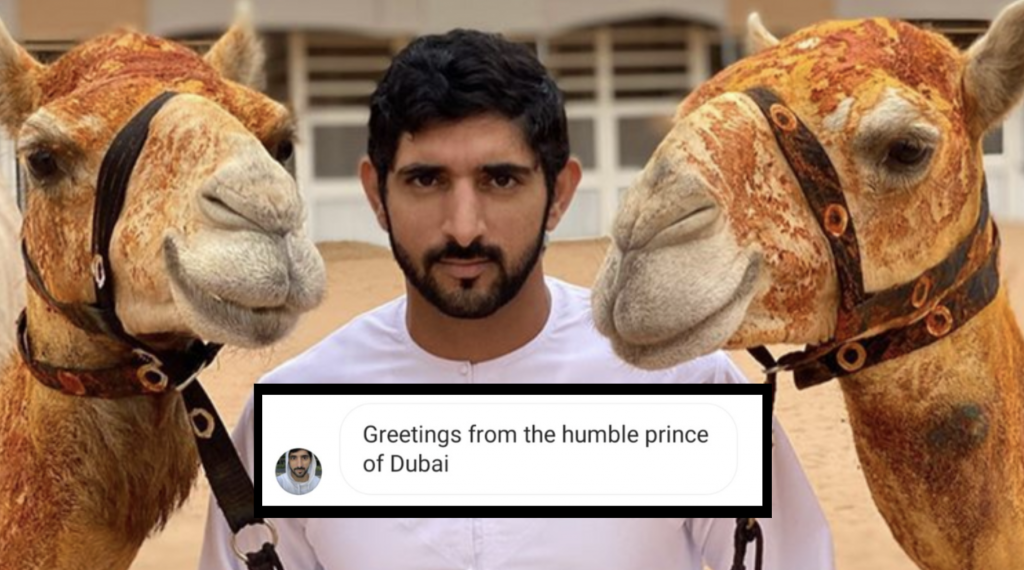 A Royal Scam: Beware The FAUX Crown Prince Of Dubai Might Just Slide Into Your DMs This Week!

Imagine you just chilling out, minding your own business when *PINGG* you get a notification reading that the Crown Prince of Dubai has just followed or privately messaged you.

Sounds like the dream eh? Well, that’s ‘zactly what’s been happening to a number of Dubai peeps and folks around the world, all of whom recently woke up to a follow request or a flirty DM from a social media account CLAIMING to be none other than Sheikh Hamdan bin Mohammed bin Rashid Al Maktoum, Crown Prince of Dubai AKA Fazza.

Honestly, who doesn’t want to wake up to find a royal stalking them big time, BUT, unless you have just broken some record or broken a major LAW… it’s quite unlikely that Fazza would slide into your DMs for some LOLs. Ya’feel?

Beware the fake Crown Prince of Dubai sliding into your DMs and baiting you in for a ‘royal scam’!

Just got the coveted “Crown Prince of Dubai “ follow.
Weird how he only has 1 follower. pic.twitter.com/7qouO8vmru

Fake Fazzas we see you. Who you tryna fool?!😏

@smule bots and scammers are a HUGE PROBLEM on this app. You need to start giving us the option to report bots/scammers. I’m tired of getting random messages from the prince of Dubai pic.twitter.com/fKnM3zmbHA

Well, I just blocked his highness the self-proclaimed “crown prince of Dubai Arab Emirates” who decided to follow me. Um, no, haha, but thanks for the laugh Mr. Bot 😆 pic.twitter.com/Nf2ld3biRn

If you manage to get a follow from this account right here… then well thas as legit as it gets. 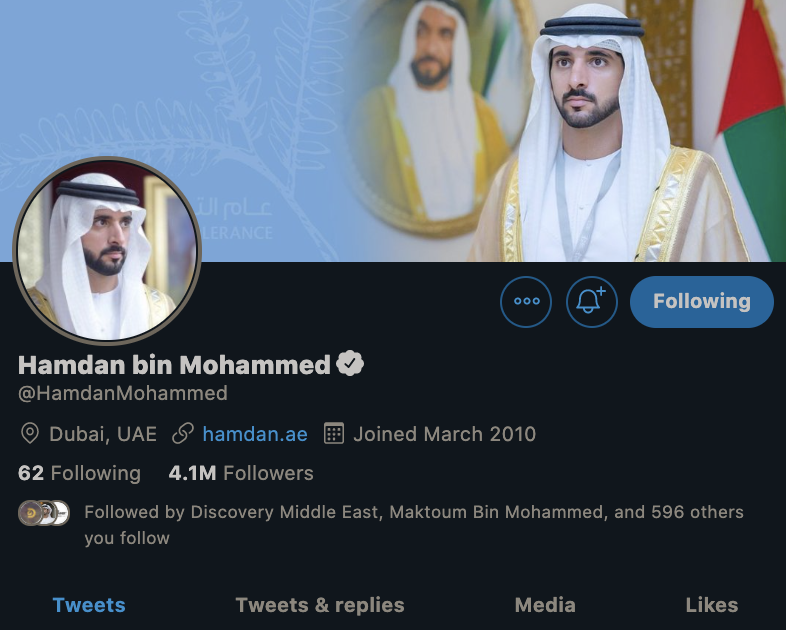