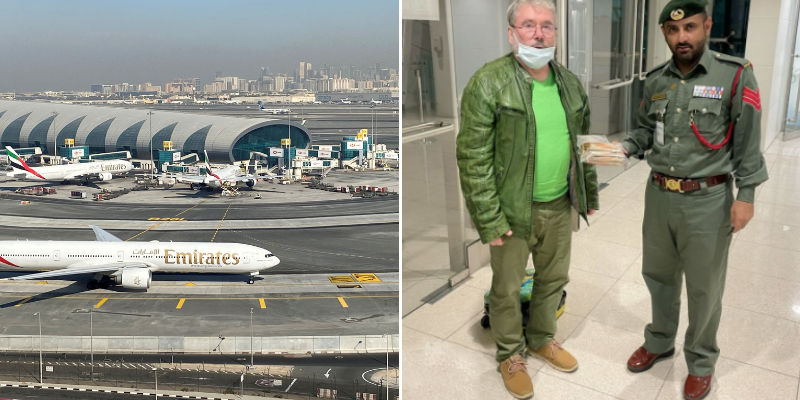 Dubai Police heroically found and returned  €33,600 (AED 140,000) to a transit passenger who lost the cash on an outbound journey.

The incident took place at the Dubai International Airport

The transit passenger was overwhelmed with joy and gratitude for the General Department of Airports Security officers for returning his money, especially since he could not figure out when or where he lost it.
Brigadier Hamouda Belsuwaida Al Ameri, Acting Director of the General Department of Airports Security, said that Mr Siegfried Tellbach, a German national, travelled from his homeland through Dubai International Airport to Thailand for a short vacation.
He realized he had lost the bag containing the large sum of money upon arrival in Thailand but could not trace back where he had lost it.
On his flight back home via the Dubai International Airport, Mr Tellbach was approached by an officer from the Lost & Found Section to confirm his identity and hand him the money. 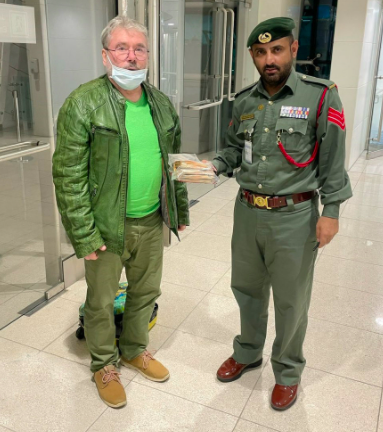 The Dubai Police has qualified specialised human cadres equipped with the latest smart technologies to ensure the safety and security of passengers and their properties.