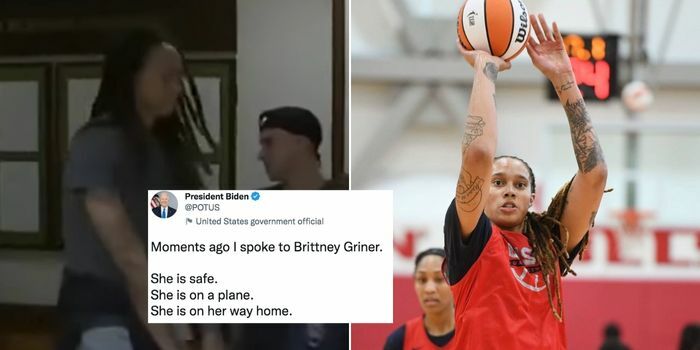 United States President Joseph R. Biden Jr. has expressed thanks and appreciation for the UAE’s efforts in assisting with the return of American citizen Brittney Griner, according to Wam.

In February 2022, Britney Griner was arrested in Moscow after cannabis oil was found in her luggage. In November, was charged with smuggling and sentenced to nine years in prison. She was transferred to the Russian penal colony which is famous for harsh living conditions, until yesterday, when was released.

War criminal Bout smiled as he made his way towards the jet waiting for him pic.twitter.com/5fZoepLjKz

This follows a joint statement issued by the UAE and Saudi Arabia regarding the success of the Emirati-Saudi mediation efforts for the release and exchange of two prisoners between the United States of America and the Russian Federation.

The statement confirmed that on December 8, American citizen Brittney Griner landed in Abu Dhabi by private plane from Moscow. The US and Russia exchanged the US basketball star for notorious arms dealer Viktor Bout who was held in an American prison for 12 years, in the presence of specialists from the UAE and Saudi Arabia.

WATCH The Lovin Dubai Show: The UAE & Saudi Praised For Aiding The Release Of US Basketball Star Brittn…