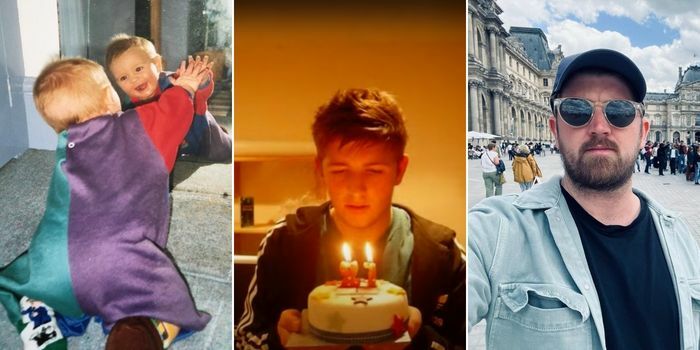 You probably never have any memories of what it was like before you could walk. A tiny lil baby swaddled in a blanket- our memory was not framed well enough to remember the comfort that came from it.

But Cory Mcleod’s parents wanted a way to ensure that their son never forgot that he was loved since Day 0- and so they did the most innovative thing ever:

Cory’s father began the tradition of snapping a picture of him every day for the past 30 years, since 1991

You may remember a YouTube time-lapse video from 2012 called 21 Years, which hit a staggering 6.6 million views- this was the beginning of Cory’s journey to documenting his growth.

To mark 30 years, Cory now has 11000 pictures, a second YouTube time-lapse, an autobiography, and an NFT project

Time flies by and as Cory turns 30 years old this week, he has launched an NFT project on OpenSea titled 30 Years: Cory Every Day featuring over 11,000 pictures from Day 0 till the present day!

The creator will also be penning down the stories he has collected over the past 30 years in an autobiography that is set to release in early December.

It’s a crazy, weird time in my life. 30 years ago, whilst having a glass of wine, my dad had the idea to take a photo of me every day of my life from birth. There was no internet back then, he just planned to make some kind of flick book. Almost 11,000 photos later we are releasing a second YouTube time-lapse film, an autobiography and an NFT project…I don’t really know how this all happened or what’s going on but I’m just rolling with it.