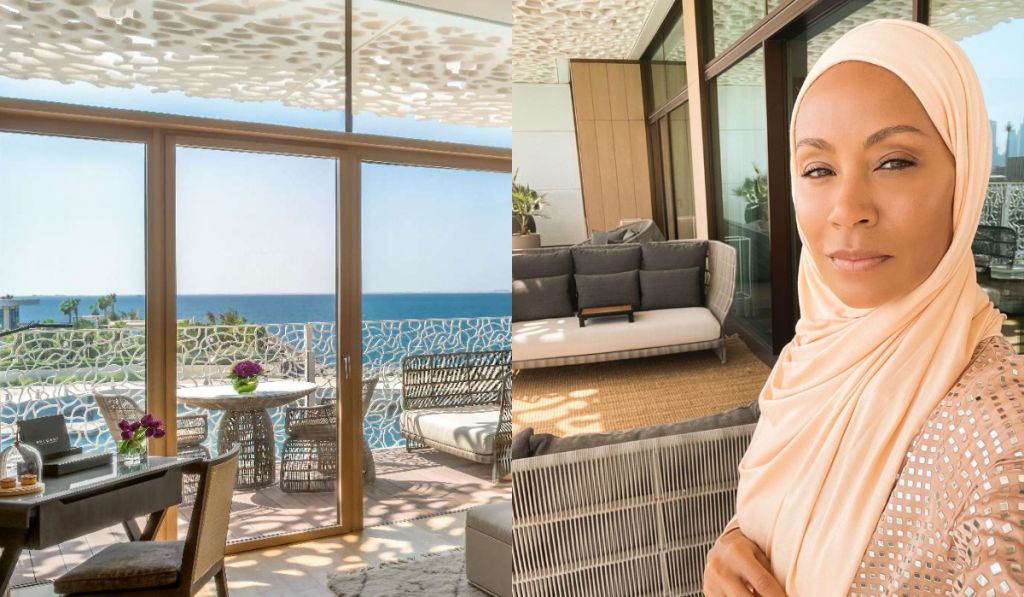 You know when celebs post a picture and have you guess their location? Yeah yeah that’s pretty common. How about when they do, but you’re able to figure out exactly where that is. You start thinking you’re the next Joe Goldberg from YOU, the Netflix show. Are Jada Pinkett and Will Smith in Dubai?

While Jada Pinkett Smith’s caption is vague, we got the background to work with

Will and Jada Smith are in Dubai and I’m still going to work rather than try to stalk em?!
Scam I tell you.. it’s alllll a scam

Will and Jada Pinkett Smith are no strangers to Dubai

Will Smith shook the Internet when he revealed to have landed in Dubai. He snapped some pictures with UFC fighter Khabib who captioned the pictures “It was nice to meet you Legend @willsmith I’m waiting for you in Dagestan.”

But can we just talk about how Jada’s caption is on point. The color peach really does suit her. And if we’re going to be honest, the hijab looks stunning on her too.

Listen To The Lovin Daily: Dubai To Release 553 Prisoners This Ramadan