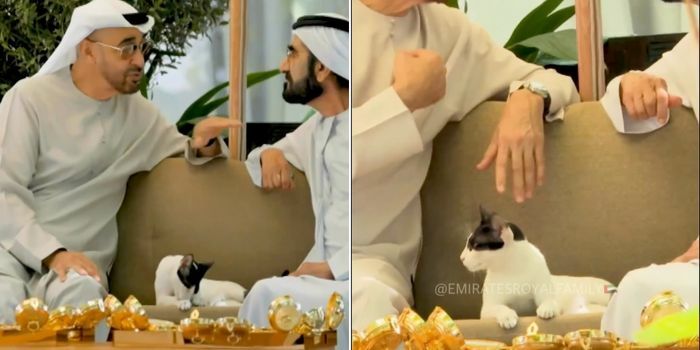 The Ruler of Dubai is a cat person!

Several videos of the meeting show a cute kitten sitting between the two rulers and relaxing as they carry on discussions.

Remember this viral video of a cat being saved from a big fall by four men holding a blanket?

After a group rescue effort from a residential building in Frij Murar, Deira, the cat was rescued and dropped at the Al Marmoom farms

The mama cat and her kittens are thriving, evidently!

Back then, Each of the rescue team members received lots of praise from the ruler of Dubai, and a surprise award of AED 50,000 too.

The kitten is proof of our Ruler’s love for all animals, and it’s adorable to watch.