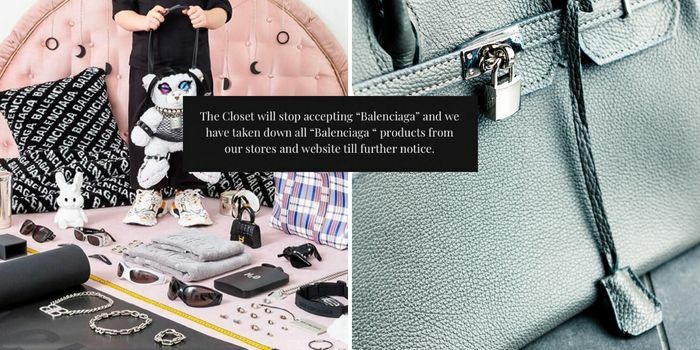 Following the controversy, a prominent UAE store- The Closet, has announced that they will no longer be selling Balenciaga products on their platform.

Founded in 2010, The Closet is one of the largest consignment shops in the Middle East. They sell and buy authentic pre-owned and brand-new designer handbags and accessories at below-market rates.

The announcement was made through The Closet’s Instagram stories

They also reshared posts that explained why the recent campaign by the luxury fashion brand was wrong.

As part of a Holiday campaign, Balenciaga had made children pose with plush bear bags. However, the teddy bears and the general backdrop of the pictures included offensive materials linked to pornography, paedophilia and child sexual abuse.

Following massive outrage on social media, the campaign has since been removed. 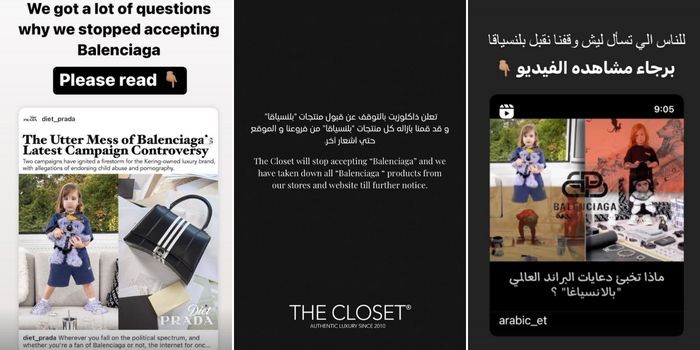 Their statement reads that the campaign should not have included children and that they “strongly condemn abuse of children in any form.” 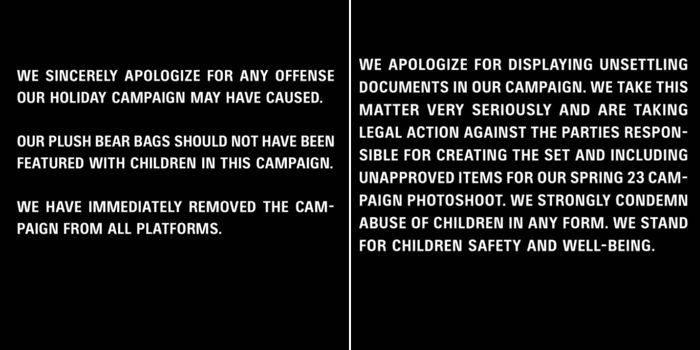 READ NEXT: 3 Residents Completed A 48 Hour Run During The Dubai Fitness Challenge

Get the latest Dubai news direct to your phone RN! Download The Lovin Dubai app for free RIGHT HERE (App Store) (Play Store) to get the latest trending stories on your phone.