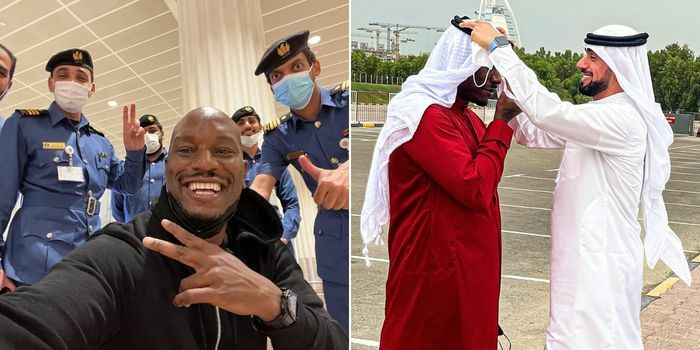 You’re gonna wanna sit down for this…

TYRESE GIBSON is in Dubai!

The Fast and Furious 2 star and his mother Shula are in town to celebrate his daughter Shayla’s birthday, and they seem to be LOVIN it!

The trip is Shayla’s first to Dubai and of course, her father is going all out to show her the best time beginning with a  stay at the Atlantis.

She is going to remember her 15th birthday for the rest of her life!

According to his Instagram, he has been trying to bring her to Dubai for the past 8 years- we’re so glad the duo could finally make it.

The star has been gushing over UAE, Dubai and his daughter on Instagram all of this week.

He has referred to the country as “one of my favorite places on earth” and calls Dubai his happy place!

There is nowhere else in the world I’d rather be in the spend my daughter‘s 15th birthday in the UAE I have so much to show her and so many of my friends and love ones for her to meet!!!!

The star is embracing the Emirati culture with Al Ansari

The two have posted pictures on their Instagram in the traditional Emirati attire and have been having some deep discussions on mental health!