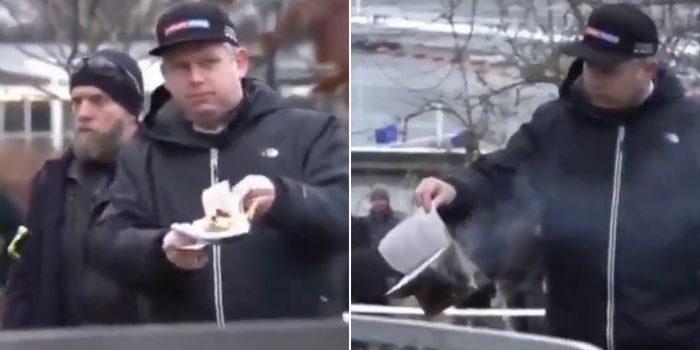 The UAE has strongly condemned the burning of a copy of the holy Quran in front of the Republic of Türkiye Embassy in Sweden, by an extremist.

The incident took place on Saturday, January 21 outside the Türkiye Embassy, where Rasmus Paludan, the leader of the Danish right-wing party Hard Line burned the Holy Text as a form of protest against Türkiye’s opposition to Sweden joining the NATO alliance

Paludan, who also has Swedish citizenship, has held a number of demonstrations in the past where he has burned the Holy Quran.

#UAE strongly condemns burning of a copy of the holy #Quran in front of Republic of #Türkiye Embassy in #Sweden by an extremist, stressing necessity of respecting religious symbols, avoid inciting hatred by insulting religions, and need to spread values of tolerance &coexistence.

The ministry renewed its enduring call to renounce hate speech and violence and underscored the need to respect religious symbols and avoid inciting hatred by insulting religions. Furthermore, the ministry reiterated the need to spread the values of tolerance and coexistence.

No muslim would ever burn the bible or Torah

No Muslim would ever insult Jesus, Mary or Moses or any other prophet PBU them all