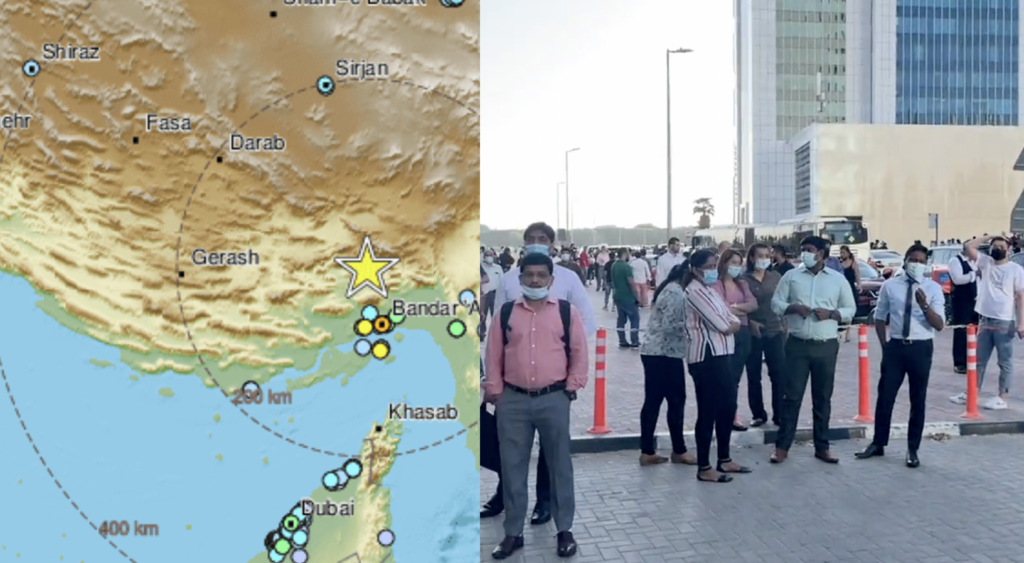 Mild earthquake tremors were felt in parts of the UAE at 4:10pm on Sunday, November 14.

According to the European-Mediterranean Seismological Centre (EMSC), the aftershock in the UAE was felt as the result of a 6.5-magnitude earthquake that struck Bandar Abbas in southern Iran.

Buildings in Downtown, Dubai and Al Nahda were being evacuated post the tremors according to residents in the area. High-rise tenants felt swaying and their monitors, desks, chairs and other heavy equipment tremble.

Tremors were felt throughout the UAE, Qatar, Bahrain, and Saudi Arabia

This footage from Bandar Abbas in south Iran shows dust rising from the hills and lorries swaying during intense 6.5 Earthquake

This is a developing story.