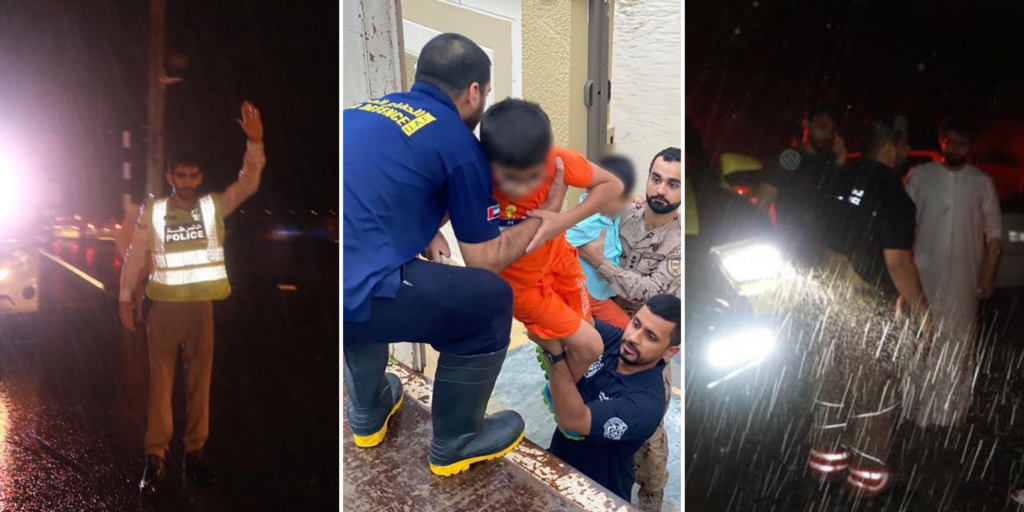 The Ministry of Interior (MOI) reported on Twitter that six residents of Asian nationalities lost their lives in the heavy floods that affected Ras Al Khaimah, Sharjah, and Fujairah

Brigadier General Dr. Ali Salem Al Tunaiji of the Ministry of Interior gave his condolences to the victims of the flood: “We pray for mercy and forgiveness for the deceased and to inspire patience and solace to their families.”

The rainfall that the UAE witnessed in July 2022 was the highest recorded in the past 30 years. This was a result of the cloud-seeing operations carried out across the region.

The National Emergency Crisis and Disaster Management Authority (NCEMA) is constantly monitoring the situation and rescue teams are on the ground 24/7.

One resident, also of Asian nationality, is reported missing and efforts are ongoing to find the individual

The field units are still carrying out evacuations and shelter has been provided to those whose homes were affected by the floods.

The Brigadier General also added that the teams are working hard to open the only road that links Khor Fakkan with Fujairah.

According to the MOI, nearly 80 percent of the people whose homes were affected by the flood were able to return to their homes. The authorities and community have been working non-stop to alleviate the situation.

The efforts of the Ministry of Interior to rescue those stuck behind the “Friday Market” in the Emirate of Fujairah#الإمارات_أمن_وأمان #uae_safe pic.twitter.com/jW8074LnXI

UPDATE: The MOI reported that the missing individual was found dead and offered its sincere condolences and sympathy to the family members of the deceased.