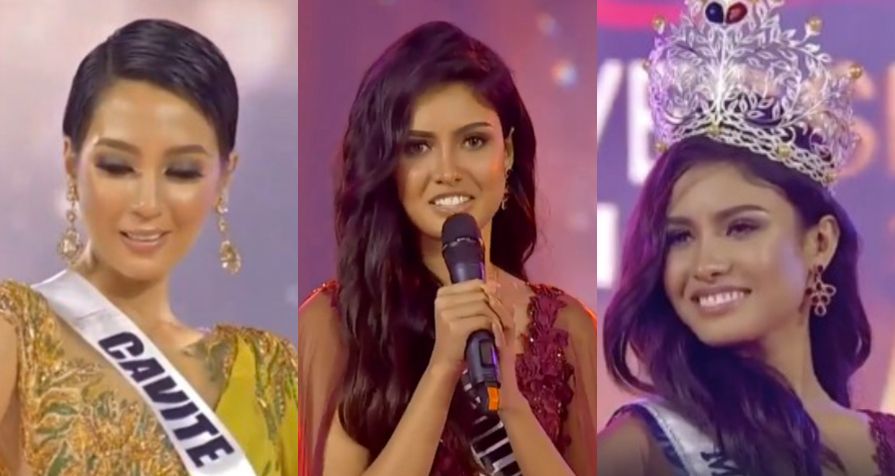 The Filipino community in Dubai just can NOT get enough of the glam and full of wit Miss Universe Philippines 2020 contest that was being held back at home!

A contest where all the beauties with brains of the country are celebrated for their spirit and talents.

The finals which aired today (Sunday, October 25) saw Rabiya Mateo, 23, of Iloilo City crowned as the winner of the nailbiting pageant.

Rabiya was crowned by Gazini Ganados, who placed in the Top 20 of the Miss Universe pageant in 2019.

The Top 4 runner-ups were ranked as the following:

When you practice self-love, you get to know the right weapon in order for you to win life. I feel like right now I am ripe enough to win the competition because I’ve done everything that I could to become the phenomenal woman that I am

Rabiya believes in investing in yourself and practising self-love as that helps you grow in all aspects of life.

…Now ain’t it pretty clear why this Ilongga beauty queen was crowned as Miss Universe Philippines 2020.

she is empowered woman. she have a guts. she spoke facts. she exposed the reality. #MissUniversePhilippines2020

4th runner-up, Kimberly “Billie” Hakenson, Cavite also became quite popular with viewers for her bold and fearless stance on certain subjects, as well as her willingness to openly talk about her gender-based abuse

I am not here to just be a voice, I am here to amplify voices because we will not be silenced by fear anymore, we are here to be empowered by truth.

I was a survivor of gender-based abuse” -Cavite

Damn, so impactful! Just imagine standing on that stage representing so many things apart from your hometown, such as breaking gender norms

If Rabiya Mateo of Iloilo says that “Miriam Defensor Santiago was the best President we never had” then Miss Cavite “was the best representative of Miss Universe Philippines that we never had.” #MissUniversePhilippines2020 #MissCavite pic.twitter.com/YhcMlL2xxk