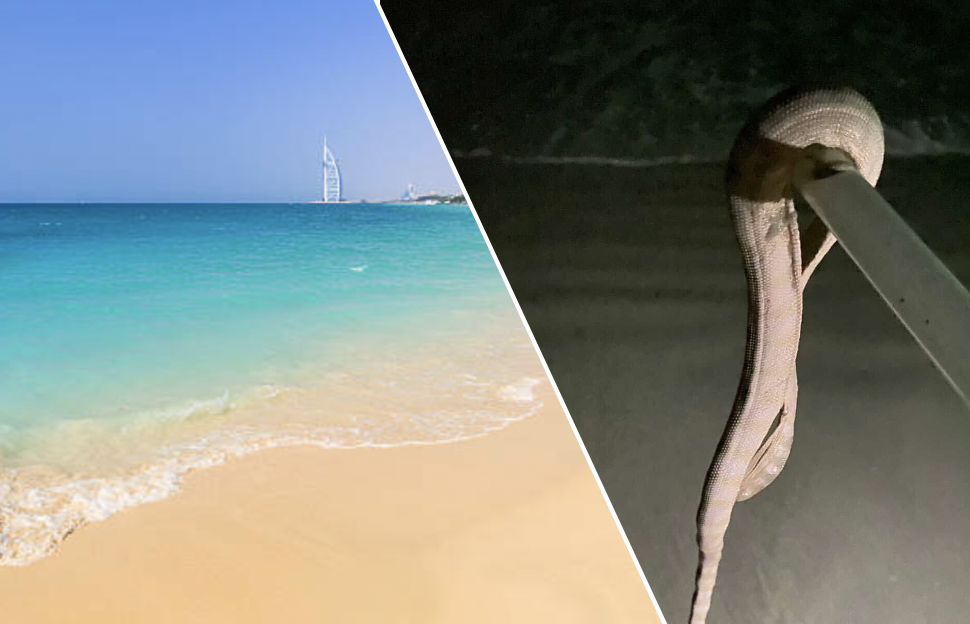 Sea snakes at the beach are not uncommon and about 5-6 snake species live in the UAE’s waters and are unthreatening to swimmers unless subject to mistreatment.

Some common species in the UAE include Belcher’s sea snake, Yellow-bellied sea snake, Arabian Gulf sea snake and Ornate reef sea snake. With cooler months slithering in, sea snakes will more frequently swim around shallow coastal waters to feed on small fish and mate, since they prefer cooler temperatures (and retreat back to deeper water as temperatures peak during the summer months).

On Friday, September 24, a Dubai resident shared a snap of a sluggish sea snake (from the Hydrophis family), bent over a pole and down at a Dubai beach and immediately cautioned his family and friends of the incident via his Instagram (@kenmackshow). 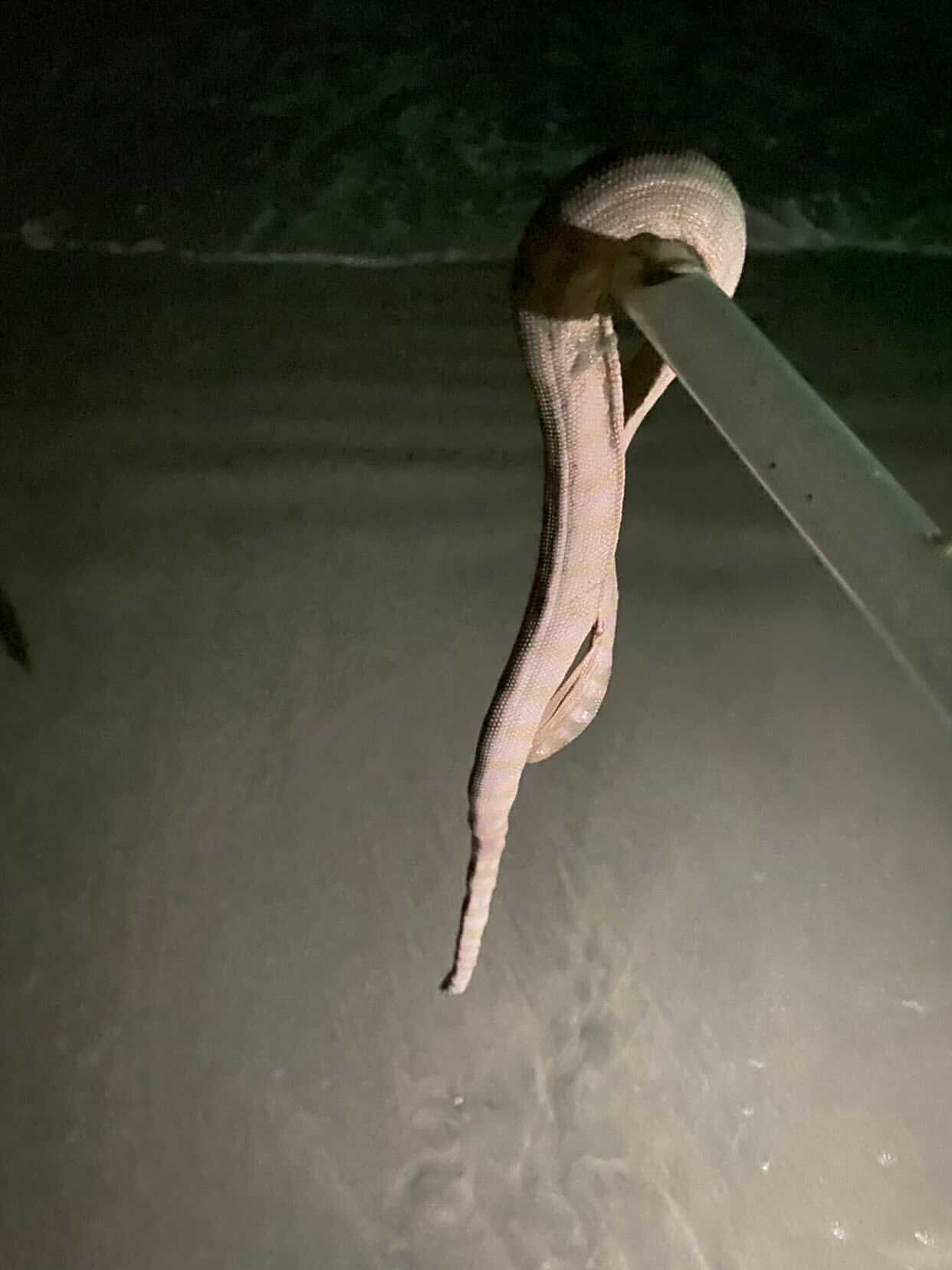 Although poisonous, Belcher’s sea snakes have a timid temperament and only attack if they feel threatened in any way

Should you get bitten by a sea snake, rush to the nearest hospital, because bites from certain species can be fatal.

If you spot a snake in your backyard or other residential areas, authorities urge that you call Dubai Municipality on 800900 instead of taking matters into your own hands. 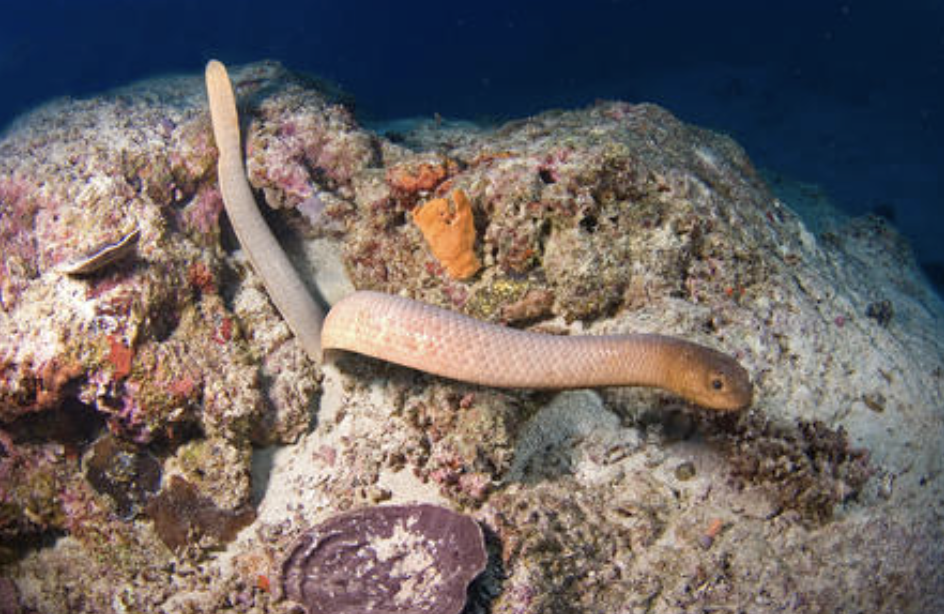 Watch the Lovin Show: Dubai Has Been Named The World’s Fifth Best City