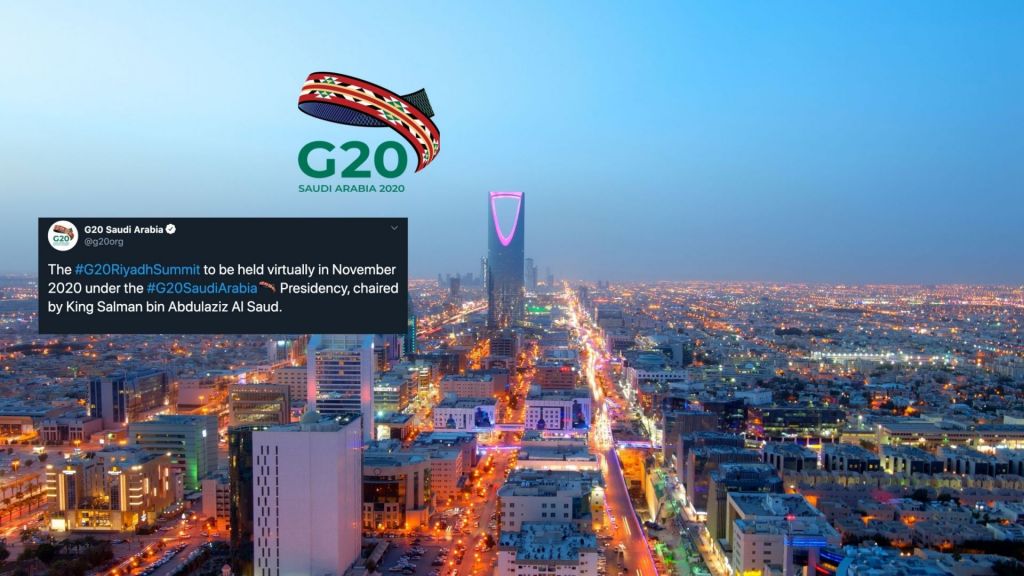 Under the chairmanship of the Custodian of the Two Holy Mosques, #G20 Leaders’ Summit to be held virtually on November 21 – 22, under the theme of ‘Realizing opportunities of the 21st Century for all’.https://t.co/CI1FIm83cS#SPAGOV pic.twitter.com/7BalSt4I9o

The G20 Presidency will build on the success of the extraordinary virtual G20 Leaders’ Summit held in March, and on the outcomes of over 100 virtual working groups and ministerial meetings.

The G20 is leading the fight against this global pandemic; taking swift and unprecedented actions to protect lives, livelihoods and the most vulnerable.

The upcoming G20 Leaders’ Summit will focus on protecting lives and restoring growth, by addressing vulnerabilities uncovered during the pandemic and by laying down the foundations for a better future. The Summit will also focus on fostering international action to realize opportunities of the 21st century for all, by empowering people and protecting our planet, whilst harnessing the potential of innovation to shape new frontiers.

The #G20RiyadhSummit to be held virtually in November 2020 under the #G20SaudiArabia Presidency, chaired by King Salman bin Abdulaziz Al Saud.