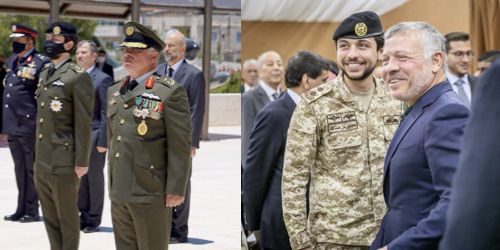 The Custodian of the Two Holy Mosques, King Salman, made a phone call to King Abdullah II, to affirm the Kingdom’s solidarity with Jordan.

The calls from the king and crown prince come after arrests were made on Saturday in Amman, following what Jordan’s Deputy Prime Minister Ayman Safadi called a “malicious plot” to destabilize the country.

Safadi said Sunday that the country’s former crown prince, Prince Hamza, had been liaising with foreign parties over the plot.

King Abdullah expressed his sincere thanks and appreciation to the king and crown prince for their support, and for Saudi Arabia’s stance in standing by Jordan in all circumstances and crises.