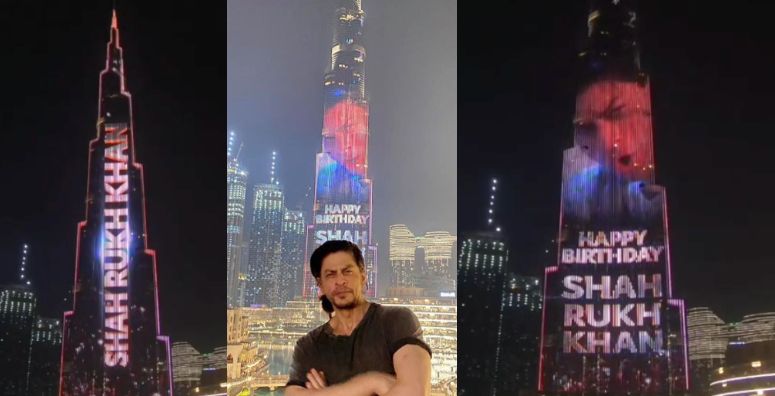 How ahhhhhmaazingg is this Bollywood lovers?!

A sweet birthday message was displayed on the world’s tallest skyscraper on the occasion of Indian actor Shahrukh Khan‘s 55th birthday!!!

This is MAJOOORRR honour, as the only three times that the Burj Khalifa lights up for India is on;

FYI, for those who aren’t aware, SRK is also the brand ambassador for Dubai Tourism!

Thus this mega honour for the B-town superstar. 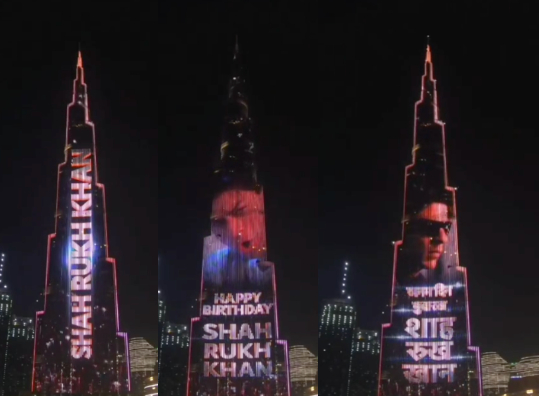 BurjKhalifa adds sparkle to the birthday celebration of the Baadshah of Bollywood! Happy birthday @iamsrk!

The actor posted a picture of himself on Instagram in front of the world’s tallest tower.

Dubai’s Burj Khalifa lit up with a sweet happy birthday message for the indian actor, Shahrukh Khan for his 55th birthday. And this is quite the honour as SRK is also the brand ambassador for Dubai in India and alsooo this is the third occasion for which Burj Khlaifa lit up for india. 1 – Independence day, 2- for Gandhi Jayanti : Mahatma Gandhi’s Birthday and 3rd- SRK’s birthday! and soooooooon for …

My kids mighty impressed and me is loving it!

SRK was lovinggg his grand Burj Khalifa birthday wish and added how his kids were mighty impressed by their pops,

It’s nice to see myself on the biggest and tallest screen in the world. My friend #MohamedAlabbar has me on the biggest screen even before my next film. Thanks & love u all @burjkhalifa & @emaardubai . Being my own guest in Dubai… my kids mighty impressed and me is loving it!