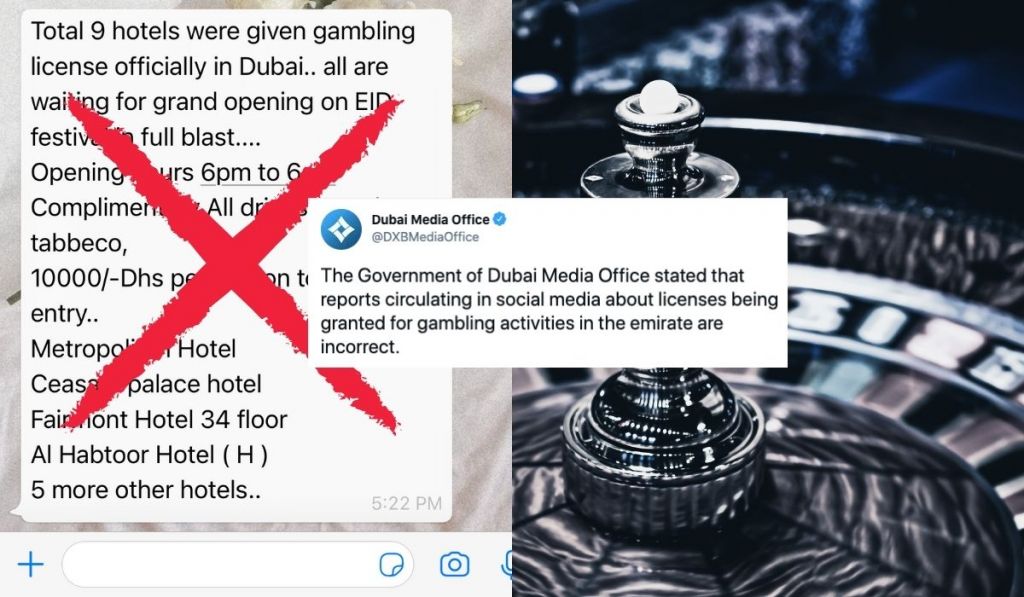 Rumours have been circulating on WhatsApp stating that various hotels in Dubai have been given official gambling licenses.

This of course is false and Dubai Media Office took to Twitter to clear up this misinformation.

Gambling licenses have NOT been granted to any hotel in Dubai

The Government of Dubai Media Office stated that reports circulating in social media about licenses being granted for gambling activities in the emirate are incorrect.

The rumours have been debunked and people are asked to only obtain information from official sources only.

At the most recent COVID press briefing, the NCEMA said the focus on the coming period will be in vaccinating everyone. ‘Delaying or refraining from taking the vaccine will pose a threat to the safety of society and put all groups, especially those most vulnerable to infection, as it poses a major challenge to the national efforts to recover.’ And so, the government calls on the public, both citizens and residents above the age of 16 who did not get vaccinated, to visit the nearest vaccination centre and get the vaccine. 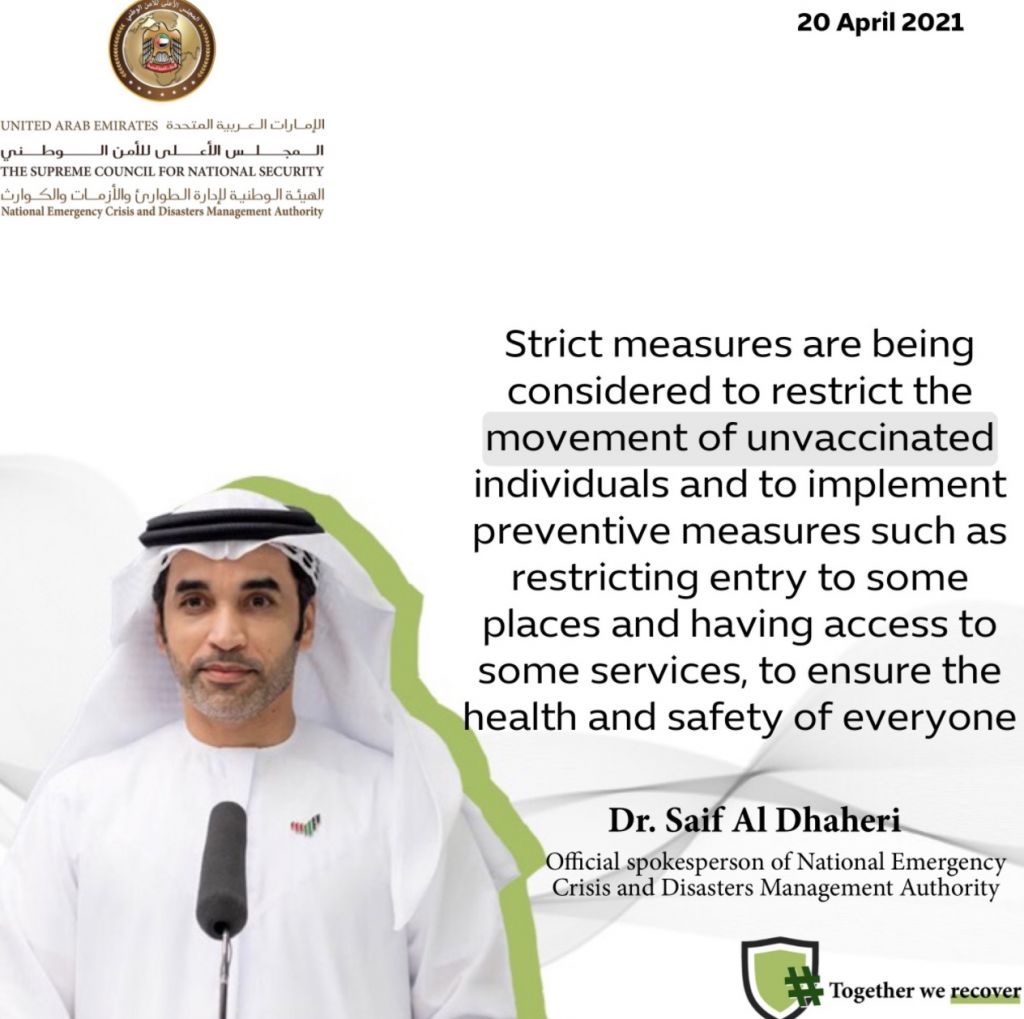