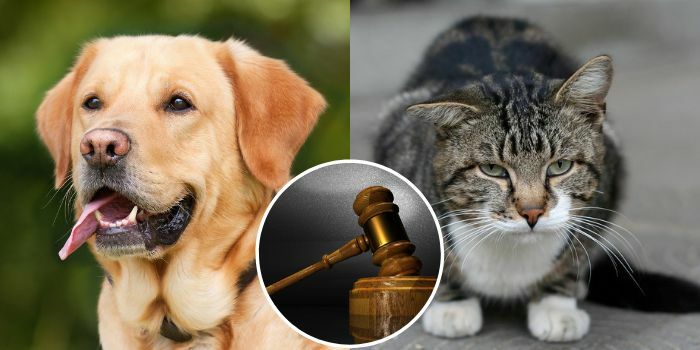 Pet parents, how far would you go for your fur babies? A cat and a dog owner have gone all the way to the Dubai Court!

A 32-year-old man was chasing his runaway cat on the street when they came across their neighbour, a 19-year-old boy who was walking his dog.

The man reportedly heard the boy tell his dog that the cat was afraid of it, causing a violent fight to break out between the two pet owners. The boy was shoved and his jacket and shirt tore off.

The fight also took a negative toll on the dog, who ran away for 24 hours before returning home in a state of complete distress.

According to the boy’s lawyer – Mohammed Najeeb, the dog refused to eat or drink and had to be rushed to the veterinary clinic.

A case was filed in the Dubai Civil Court, where the cat-owner was ordered to pay AED40,000 in compensation along with legal fees of AED1,000.

This is the second fight the two neighbours have had in less than a year.

The previous episode had been resolved at a police station, and the man was charged with a fine then too, according to a report by The National.

This incident serves as a reminder to pet parents to treat their animals – and their parents – with love and respect – they have feelings too!