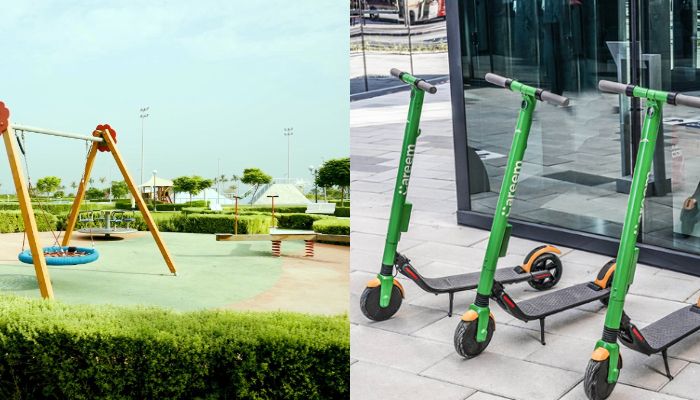 When electric scooters hit the UAE, it was such a game changer. Commuters LOVED it. It saved so many people the long walks to the metro or bus station. It’s just the invention that the community needed.

Maybe they dominated the streets a little too much though. While you’re more likely to find the youths rolling on them in Downtown Dubai, public parks will not be a common place for them anymore.

For everyone’s safety at public parks, #DubaiMunicipality announces that it is not allowed to use electric scooters in public parks to avoid accidents. Please follow Dubai Municipality’s instructions to ensure your safety and the safety of everyone. pic.twitter.com/OhhbMcZr8X

It’s all fun and games until these scooters come flying and swipe you off your feet. Dubai Municipality took to Twitter to announce that e-scooters are banned in public parks because they can cause accidents.

The post also reminds residents that the maximum speed limit for cyclists is 15km/h. E-scooters could go for 20km/h and some residents have complained that they pose dangers in public areas where people frequently walk.

Lanes have been dedicated to scooters and bicycles in areas around Dubai but please remain vigilant.