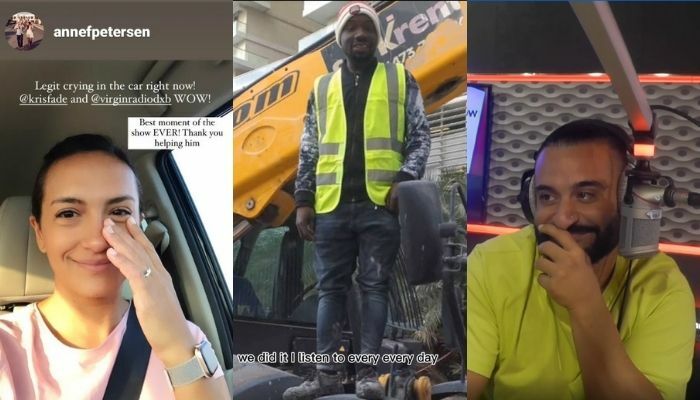 The Kris Fade Show had listeners in tears over this morning’s episode on Virgin Radio. Kris Fade hosts an AED10K Pop Quiz every morning and today he had a special contestant.

Fade interviewed Robert before getting into the questions. Robert is a construction worker from Ghana and he’s been working in the UAE for a year. He’s also an avid listener of the show! He would put her earbuds in beneath his helmet to listen while he’s at work. We also found out he makes AED1,000 per month but this morning he was in running to win AED10,000!

Listeners, as well as Kris, had a very emotional morning listening to the show

Listeners of the show tagged Kris Fade to let him know that they were in tears on their way to work but they were so happy. Robert of course was speechless!

When Fade asked Robert how he felt about winning the AED10,000, he said:

look, no words can explain this

Fade asked him what he would do with 10 months salary. Robert said he’ll try to fly his girlfriend to the UAE to search for a job. It’s safe to say, everyone was emotional!

Also Read: Residents Are Giving Back In The Best Way After Kris Fade Mentioned This Good Deed On Air 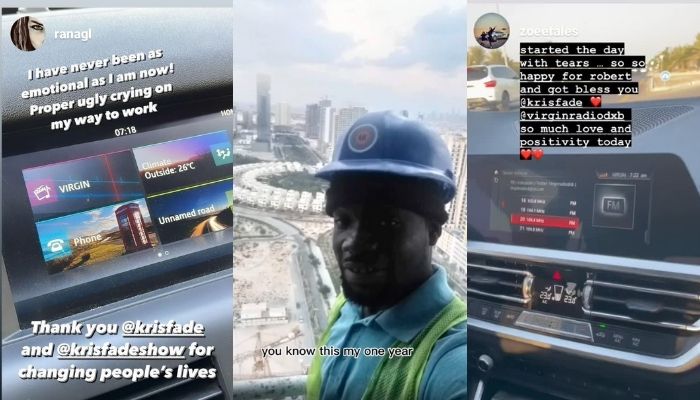 Listen To The Lovin Dubai Show: Amazing Scenes In Dubai As Pakistan Celebrates Win Over India In The T20 World Cup