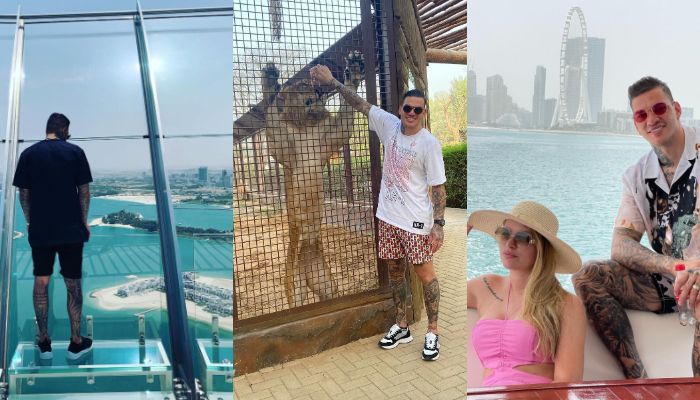 We know you know who Ederson Santana de Moraes is, particularly if you’r a football fan, but we’ll still lay out the deets. Ederson is a Brazilian professional footballer who stands goalie for the Premier League club Manchester city and the Brazil national team. He’s a pretty big deal.

We keep an eye out for peeps like him when they come to visit the city and of course when Ederson did, we took notice.

Ederson Moraes is spending his summer right in Dubai

The goal keeper first posted about being in Dubai a mere 3 days ago and he hasn’t been holding back the pics! He’s been to The View at The Palm which is a stunning observation deck and also took some snapshots with his wife at Dubai Gold Souk. The couple wore Arabic and traditional clothing while at the Gold Souk, strutting a white kandura and red dishdash, while Lais opted for a head and neck scarf.

The couple also shared some snapshots whilst on a yacht trip overlooking Dubai Marina. He captioned the photos saying:

relaxing, not caring what others think 🙌🏻👍🏻 #godisgood#dubai

Words to live by for sure!! 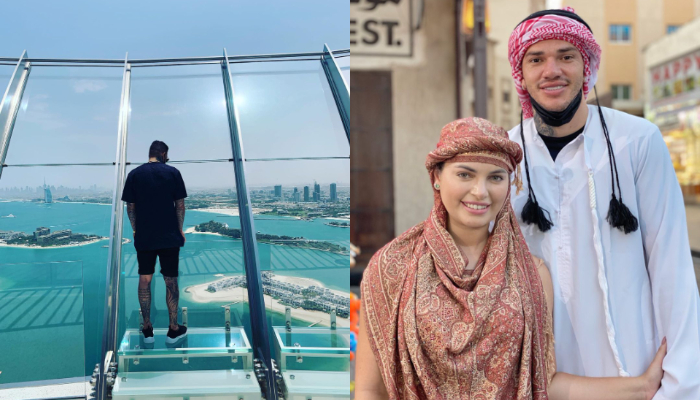 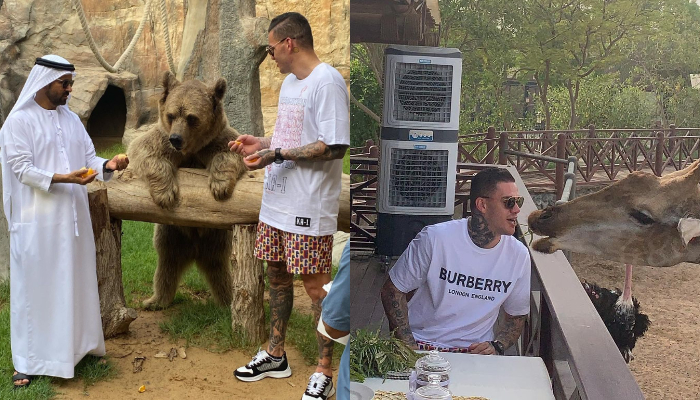 Speaking of Copa América, Arturo Vidal is also having a little holiday in Dubai

Arturo Erasmo Vidal Pardo is a Chilean professional footballer who plays as a midfielder for Serie A club Inter Milan and the Chile national team. He is currently in Dubai, having a much needed vacay.

The footballer shared a picture on his Instagram, chilling in the private pool of FIVE JVC. Vidal was also riding the waves on a jet ski in The Palm and dining at CZN Burak. It’s football season and the stars are here in Dubai!

Listen To The Lovin Daily: An Emirati Leads The UAE At The Tokyo Olympics Opening Ceremony