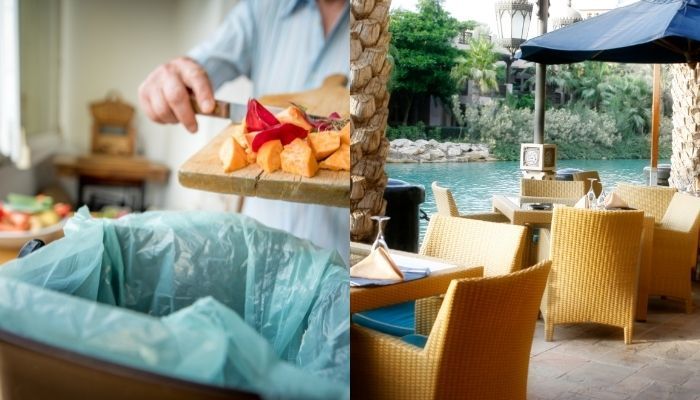 Food waste is a huge issue worldwide and particularly during Ramadan. The UAE stated that the average person wastes around 224kg of food each year which is double the amount in Europe and the US, according to the Food Sustainability Index 2020. Food-waste during ramadan seeks a peak of up to 25%.

A Dubai resident went to a restaurant during for Iftar and was disappointed to know he was not permitted to take the extra food and hand it out to the needy.

Distribution of food should ONLY be made through approved charity organisations

While this may strike up some questions and confusion, the debate is real. The customer was trying to reduce the food wasted because he was informed from the restaurant staff that the leftovers will be binned. Although his intentions were good, the restaurant knows better than to let that happen.

The customer also asked the restaurant if he could sign a release form stating they will not be held accountable for any perceived legal proceedings.

However, the distribution of food and donations should only be made through approved charity organisations in Dubai, authorities have stated.

That being said, it is understandable why the restaurant didn’t allow the customer to take the leftovers to give to the needy, regardless of the food wasted. COVID-19 regulations also urge residents to not share food between neighbours or families that do not live in the same household. Food-waste is definitely a big concern but the public should be responsible.

2/2 willing to sign a “release form” so you’re not accountable to any perceived legal proceedings. It’s simply not right that this wastage happens (staff confirmed that they will bin it).

Listen To The Lovin Daily: A Homeless Woman Living In A Tent Was Saved By Police