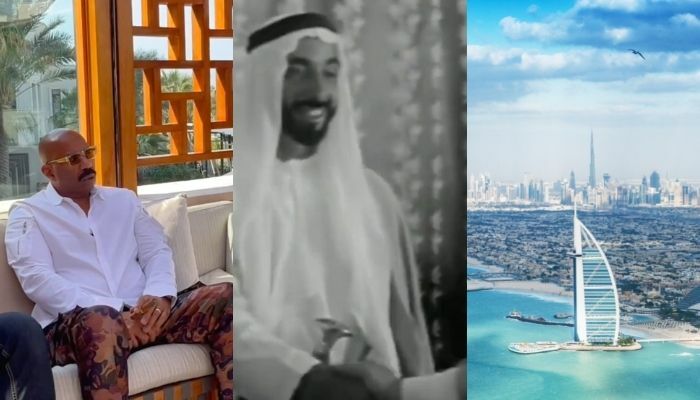 Steve Harvey is currently in the UAE, which honestly is the greatest time of year to be here! Not only is the weather amazing, Expo 2020 is still on-going, and of course the UAE is celebrating its 50th anniversary!

A video shared by Dubai Media Office, and shot by 104.8 Channel 4, is going viral because it truly captures what the UAE is all about!

Steve Harvey stated something so powerful about the UAE that it just needs applause: The UAE was led by visionary leaders more than money

Outsiders could look at the stereotypes of the UAE and say it’s a wealthy country and that’s how it was able to transform in just 50 years. Harvey though, understood that it doesn’t take money to make such drastic and exemplary transformations, but that it takes leaders. Leaders who care more about the people!

This is extremely true about the leaders of the country since the founding father HH Sheikh Zayed Al Maktoum! HH Sheikh Mohammed Bin Rashid Al Maktoum also shared a video about leadership and what he hopes for the UAE.

Steve Harvey shared that during his visit, he’s staying at one of the most iconic landmarks of the UAE

Harvey took to his Instagram stories to show his followers where he’ll be staying in Dubai. Of course who wouldn’t want to stay at one of the most luxurious hotels in the city? Not Harvey!

Listen To The Lovin Dubai Show: Get The Boost! UAE Encourages Boosters As Concern Over ‘Alarming’ Variant Grows

Also Read: The UAE Confirms Its First Case Of The Omicron Variant