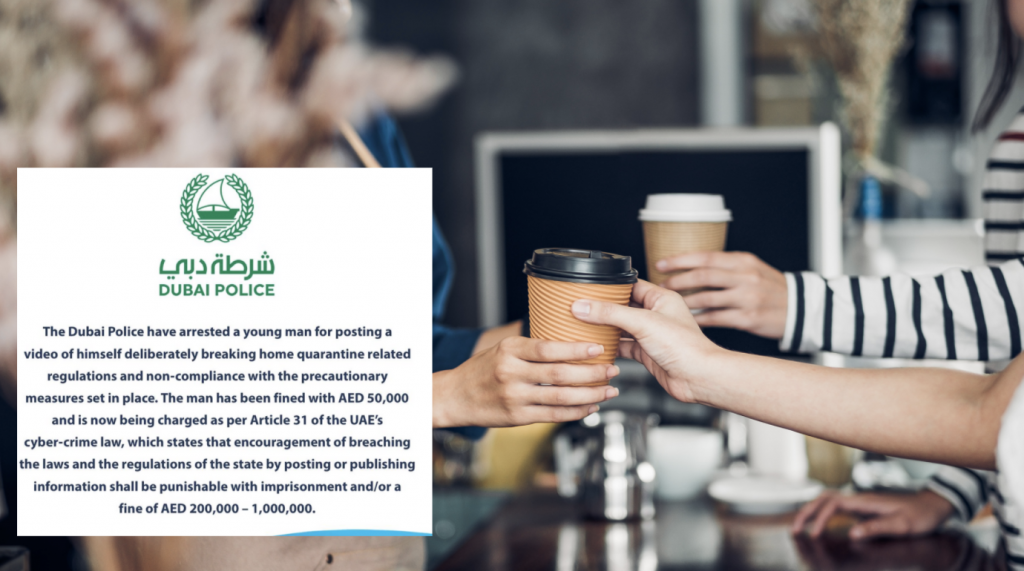 Malls, restaurants, and residents were all on the receiving end of fines this weekend. The news was shared on Dubai Media Office Twitter as a warning to all residents to follow the rules, however, most shocking of all was a man who deliberately violated home quarantine measures.

The resident had tested positive for COVID-19, yet he still left his home to get a coffee. Er… what?! He then went on to post about it on social media via a video.

“Not only did he violate home quarantine laws, he also deliberately bragged about his recklessness and published a video on social media platforms. His irresponsible action provoked public opinion as he endangered the lives of others,” Brig. Al Jallaf said.

The man was fined AED50k, but under the Cyber Crime law, he could face jail or up to AED1 million fine 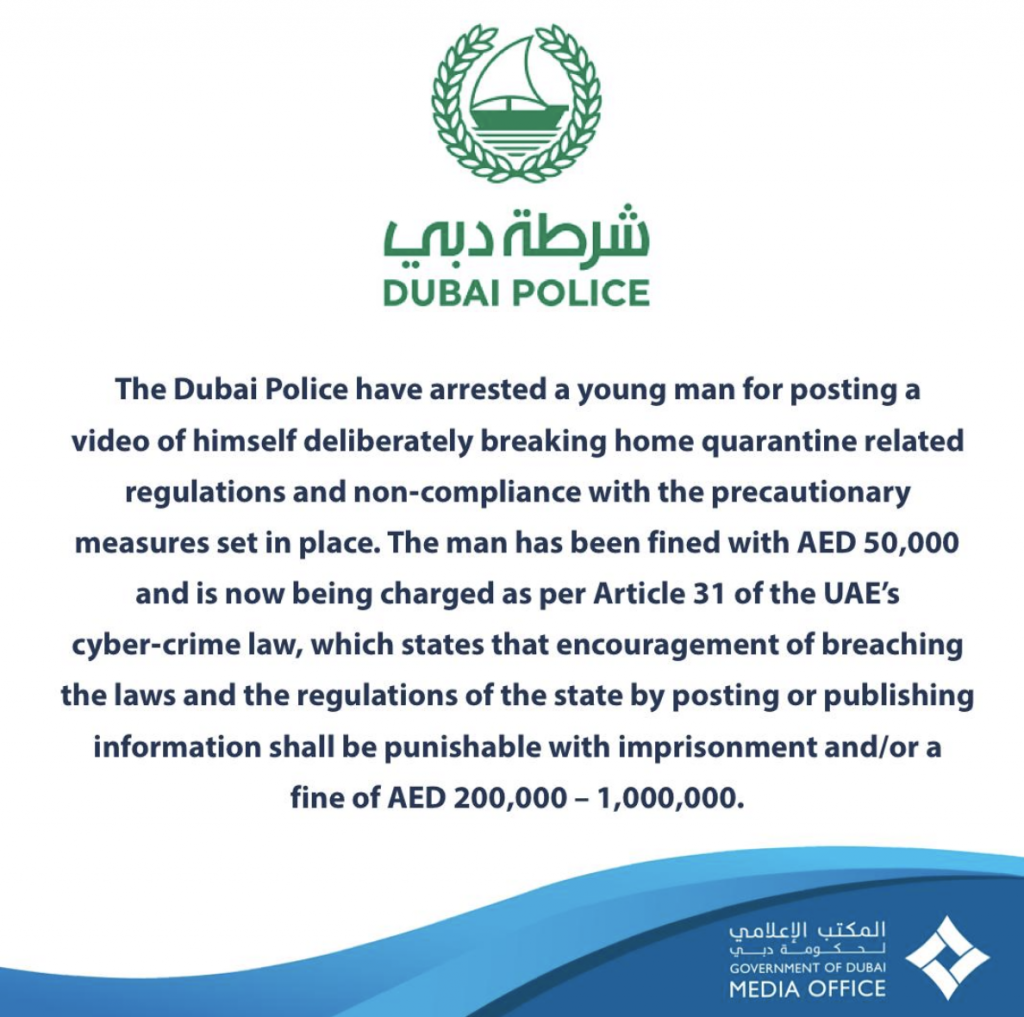 Dubai Police issued 221 violations and over 3000 warnings across four malls including Mall of The Emirates, Dubai Mall and Dubai Festival City Mall

As part of its efforts to ensure compliance with COVID-19 precautionary measures, Dubai Police issued 221 violations and 3283 warnings in four shopping malls in the emirate, following inspections carried out by police officers and volunteers.@DubaiPoliceHQ pic.twitter.com/sGH2B67k8v 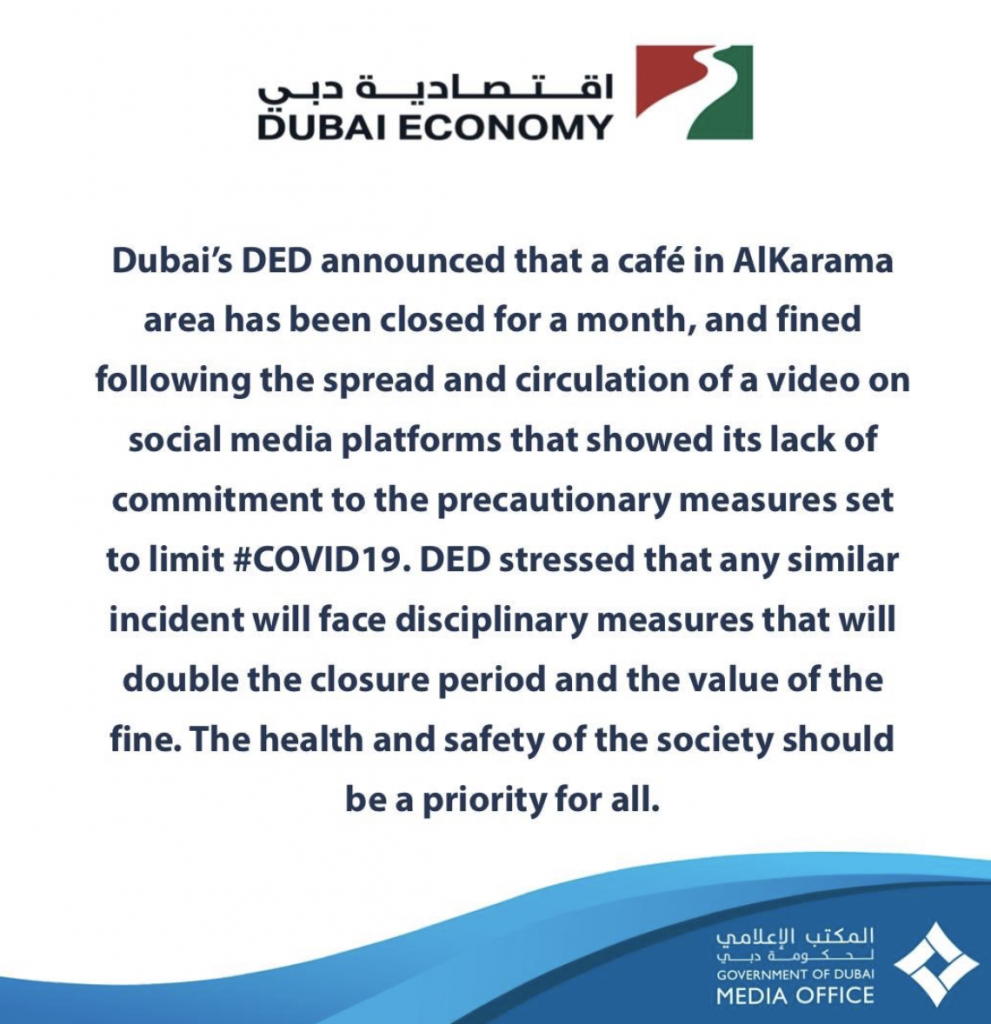