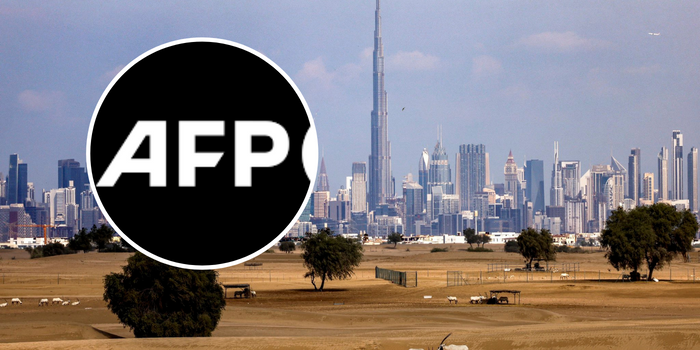 Agence France-Presse, better known as the AFP, is an international news agency headquartered in France. It was founded in 1835, making it the world’s oldest and most well-established news agency.

Each year, AFP recognizes some of the best photographic work that has been produced.

This picture shows Dubai’s skyline in contrast to the desert nearby.  Arabian antelopes are seen grazing in the desert.

. @AFP ENVIRONMENT PICTURES OF THE YEAR 2022
Arabian antelopes graze in the desert outside #Dubai on January 4, 2022. @KarimSahibAFP pic.twitter.com/axSqCMwHWW