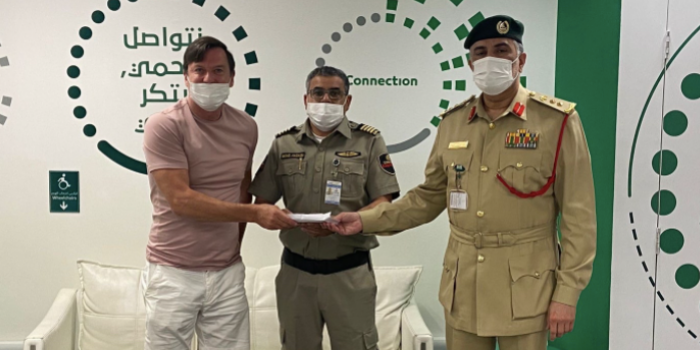 The Dubai Police has successfully returned yet another bag filled with a large sum of cash to a Dubai resident who lost it at the airport.

After landing in the UK, he contacted the General Department of Airports Security and received a response within the hour that his bag was found and safe with authority at the Airport.

Mr Lawson expressed his thanks to Dubai Police and the airport employees for returning his bag. He said that as a resident of the Emirate, he was not at the least worried that he might lose his cash, experiencing on a daily basis the keenness that Dubai Police shows to ensure the safety of citizens, residents and visitors.

#News | Dubai Police returns AED 70,000 within an Hour to Traveller via DXB