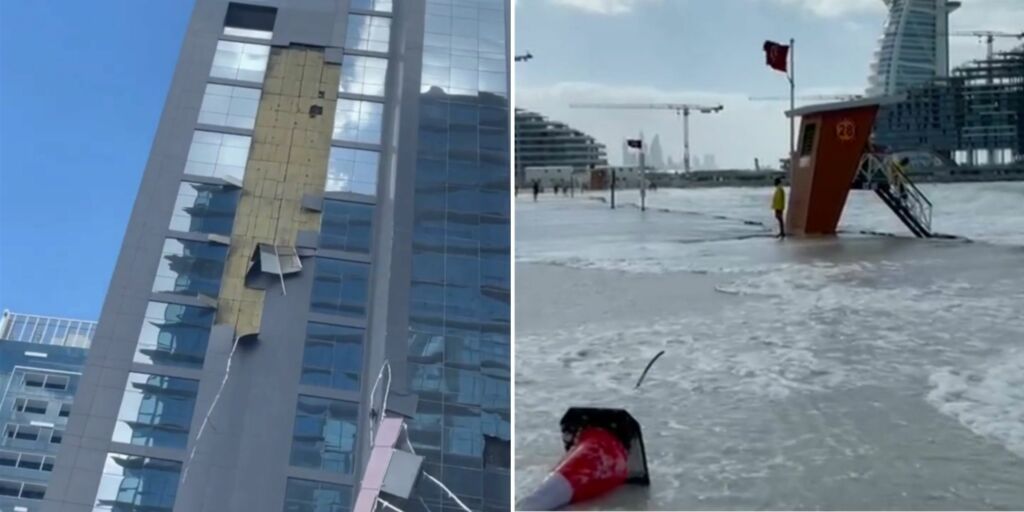 WARNING! High winds are sweeping across the country and residents are being advised to stay safe. Peeps, it’s wise to turn all your weekend plans indoors.

Strong winds are causing debris to fly in some areas and there is low visibility because of scattered sand. The authorities are warning people to take care in this turbulent weather.

Earlier today, the National Centre of Metereology (NCM) announced strong to brisk winds with a speed of over 60 km/hr and a very turbulent sea with wave heights reaching 7-9 ft.

Residents shared footage of debris being detached from buildings due to the forceful gale. Drivers and pedestrians, make sure to watch where you’re going and to look up once in a while!

According to a weather forecast website called windy.com, a huge storm is predicted to take place tomorrow. Winds are expected to go from 40 km/hr upto 80 km/hr in the next 24 hours. Residents should practice caution and make sure to secure their outdoor furnishings and bring their pets indoors.