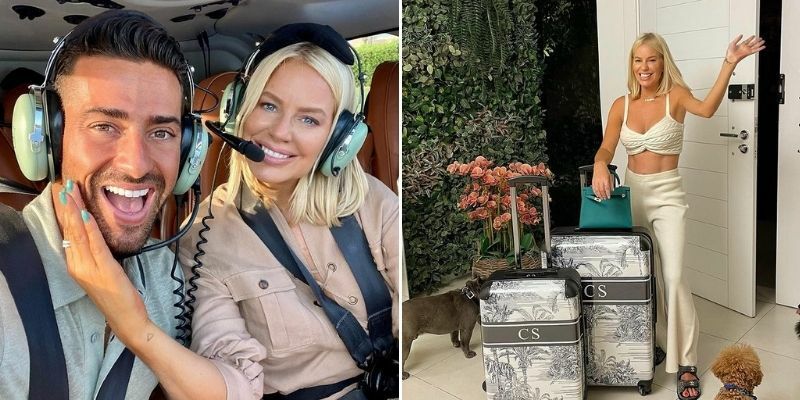 The rumour mill for the first season of The Real Housewives of Dubai is in overdrive, and topping the list of fiery females expected to star on the show is UK lady Caroline Stanbury.

Bravo Producer Andy Cohen spilled the beans last week about the new series which is expected to hit screens in 2022, and although he kept quiet on WHO is actually starring in the show, that hasn’t stopped the internet’s obsession with figuring out who it could be.

Caroline is a Dubai resident and former reality show Ladies of London alum. The fun-loving female lives here with her three kids and fiancee, former Real Madrid footballer Sergio Carrallo. The pair, who are the definition of ‘live your best life’ (check their ‘gram feeds for proof) are expected to marry in the coming months, but Caroline announced on her stories today that they’ll be in Mauritius for a week, to get the paperwork out of the way.

Carline jumped onto stories to document the stressful day pre-wedding travel, which included veil drama and a mission to get seated next to her future hubby on the flight

Caroline said yes to Sergio in Nepal in January

So I have been wanting to share this moment with you all ! 5400 meters up on the holy lakes I said YES

The reality star moved to Dubai in 2019, she separated from her then-husband Cem and is now a host of the ‘divorced not dead’ podcast

Caroline has never been afraid to say what she thinks, meaning IF she’s a Dubai Housewife, we have a brill season 1 in store