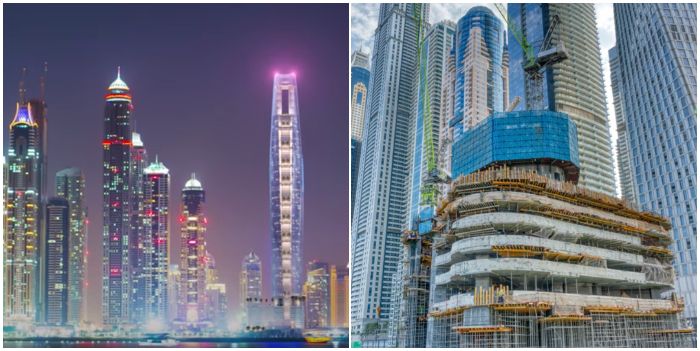 Ciel Tower in Dubai Marina will eventually be the world’s tallest hotel.

Standing at 365 metres tall, and neighbouring the distinctive Cayan tower, the building is designed by Yahya Jan and takes the accolade of world’s tallest hotel from the Gevora Hotel which is located on Sheikh Zayed Road.

CNN is documenting the building which is famous for its unique design, remarkable structure and the fact that it wasn’t originally planned to be the world’s tallest hotel but the shape evolved over time. This is according to Jan, an architect who has created some of the most striking architecture in Dubai, and who calls Ciel the most challenging work he has completed in his impressive 35-year career.

At 365 metres, the Ciel Tower in #Dubai Marina will be the tallest hotel in the world. Yahya Jan, the architect behind some of the Emirate’s iconic skyscrapers, speaks with @CNN about one of the most challenging projects in his career. pic.twitter.com/vxwM2rcljf

Featuring views for days, once complete the hotel will feature a glass observation deck with some incredible 360-degree vistas across Dubai Marina, the Palm Jumeirah and the Arabian Gulf.

Along with world-class views, visitors can look forward to a stunning spa, rooftop pool, 24-hour concierge and world-class dining. Created by The First Group, the landmark development is getting attention for its unique design as it inches its way towards completion.

Hard to miss, the triangular Ciel Tower will loom over other Marina buildings 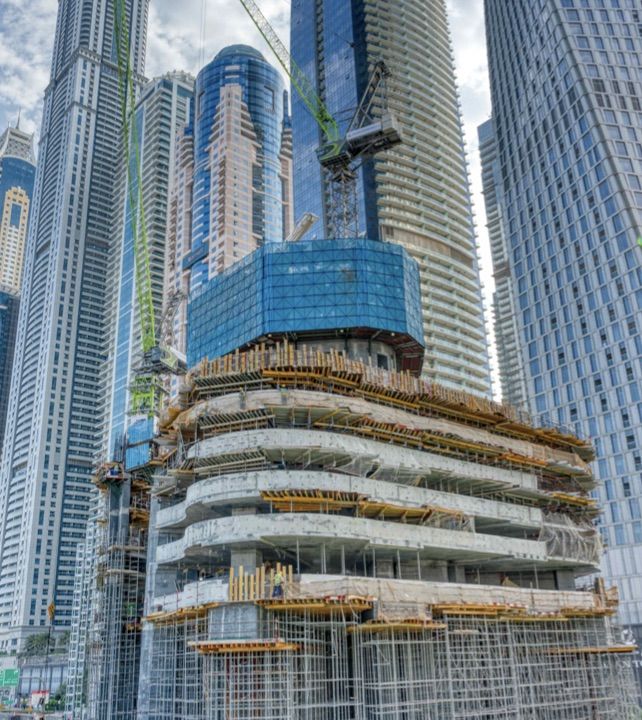 Read Next: The Full List Of Passport Rankings: The UAE Moves Up A Rank

According to the Henley Passport Index (which ranks the strength of passports across the world), the UAE has moved up a rank and levelled up to the top 15!!

The fact that the Emirati passport allows its citizens to enter 174 destinations globally without a visa, has helped the UAE move up to 15th place (in a tie with Romania) in the Passport Index 2021 Q2 Report.

The index elaborated that the UAE is, “the most remarkable turnaround story on the index by far”, they credited this stellar ascendance to the country’s strong bilateral ties as well the signing of the historic Israel-UAE peace treaty back in September 2020. This peace treaty led to a visa-free travel arrangement made between the two aforementioned countries.