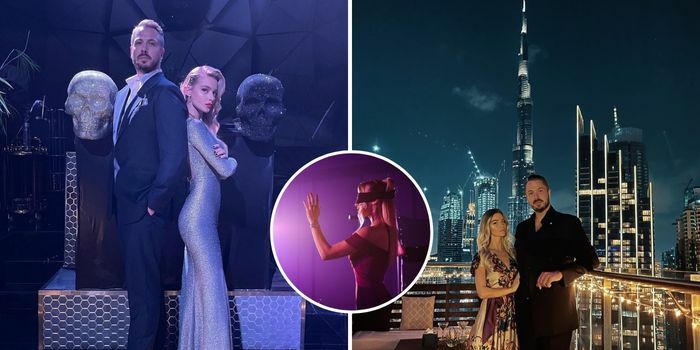 Marina Liani stood outside the theatre of America’s Got Talent and made the crowd go wild with her ‘Mind Reading From A Distance’ demonstration with a crazy feat.

The Ukrainian had just been able to announce Sofia Vergara’s phone battery percentage without ever having seen the device before- and this was just a warm-up.

Next up, the Mind2Mind team invited audience members to think of positive personal memories, where Marina was able to identify the EXACT positive memory that Heidi Klum was thinking of.

The end result? the Dubai-based team landed 4 yesses and a standing ovation.

Marina Liani first arrived in Dubai over nine years ago. She was working as a member of Fly Dubai’s cabin crew when she decided to make the career shift.

James Harrington- her husband and partner arrived 14 years ago, first being invited to perform at the Kempinski Hotel for a month in 2008. But he could not resist Dubai’s charms and ended up staying-  “I fell in love with Dubai from the first day and I knew it would be the place I’d call home long-term”.

Currently performing exclusively for corporate events, the couple are now aiming to shift into the theatre scene, allowing Dubai locals and tourists to enjoy the Mind2Mind show, which was recently named “Speciality Act of the Year” by the Prestige Awards.

Watch the video below!