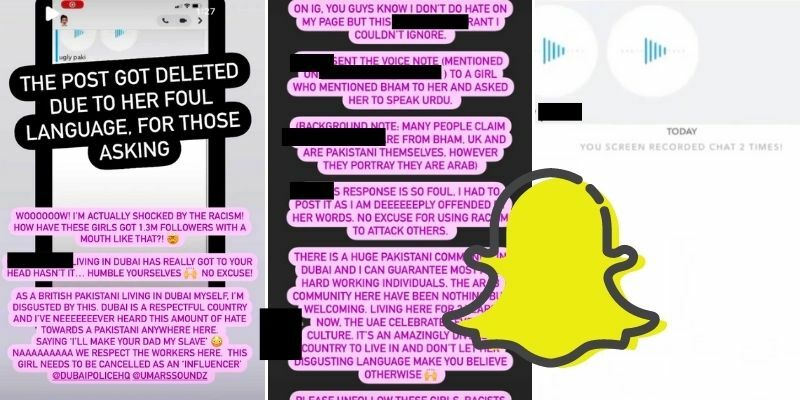 This morning WhatsApp and DMs are flooded with the racist rant of an ‘influencer’ who has more than 1 million followers.

The original post has been removed from Snapchat, but that hasn’t stopped genuinely shocked and outraged netizens calling out the utterly gross language used throughout the clip.

People are calling for the account to be blocked, and asking the woman who used the language to ‘”humble herself” after she used phrases like “go back to where you’re from, where they **** donkeys, have no money, a **** currency and no one gives a **** about them”.

@aryammarafi said: “There is no excuse for racism, there is no justification for dehumanising someone based on their ethnicity and telling someone that you can buy their father as a slave. Your nationality and where you live does not make you better than anyone”

Another added says’ ‘we respect the workers here, this girl needs to be cancelled as an influencer’

This is in response to the woman in question saying, “I’ll treat your dad like a slave” and making repeated references to another woman’s country in a derogatory way. 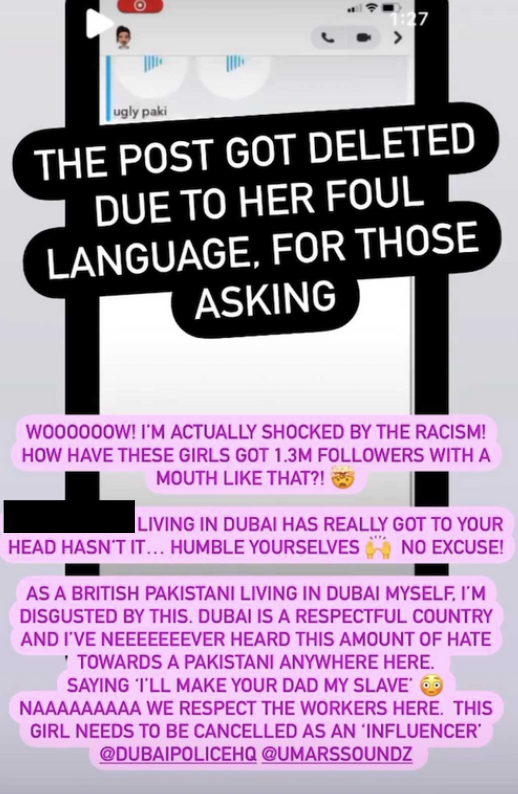 Another user called out the racism and bullying: aryammarafi “I’m honestly so disgusted and I can’t believe this is real. Completely unacceptable. I’ve never heard of this person but apparently, she’s a social influencer or something”

The posts have been removed from Snapchat. 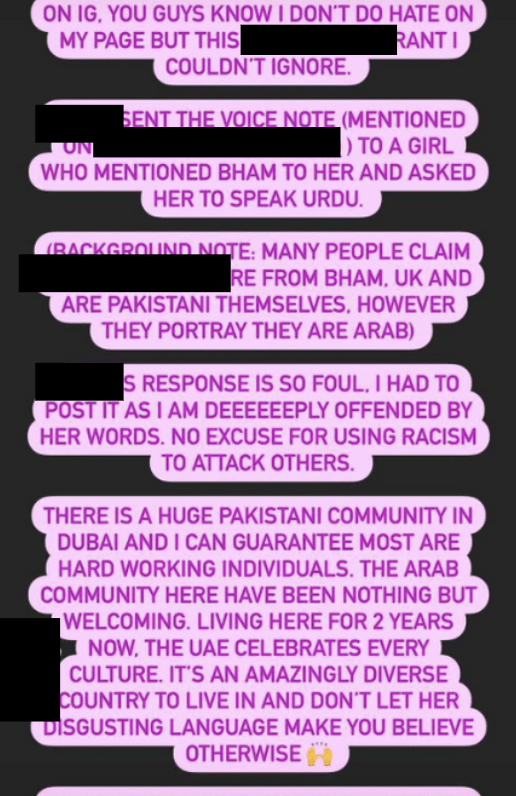