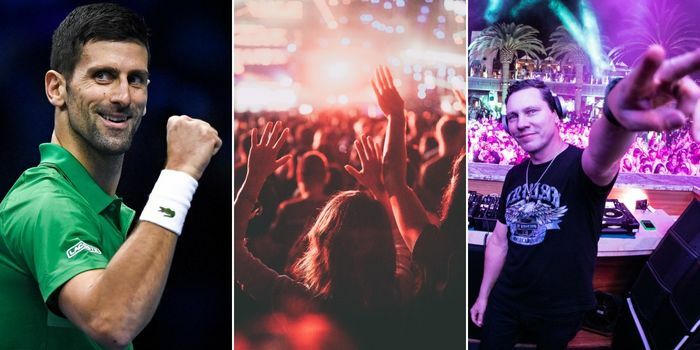 The World Tennis League is just around the corner and it’s going to be bigger than ever. It’s more than just a tennis league, it’s going to be quite the music festival too, so if those 2 things sound like the perfect time, this one’s for YOU!

3. Starting with the most obvious, the games will be nail-biters

18 of the world’s best tennis professionals will be competing, including one of the most talented players of the game, Novak Djokovic.

In an official draw, the 18 players were placed into four teams and will compete in a round-robin format of men’s singles, women’s singles, and mixed doubles.

The teams are: (drumroll!!)

2. The stellar DJ and artist line-up

Ticket holders will not only get to see their favourite players on the court, but they’ll also be able to attend post-match concerts from 6 award-winning performers including Tiësto, deadmau5, Wizkid, Armin van Buuren, Mohamed Ramadan and Ne-Yo.

For more information on the World Tennis League, click here!