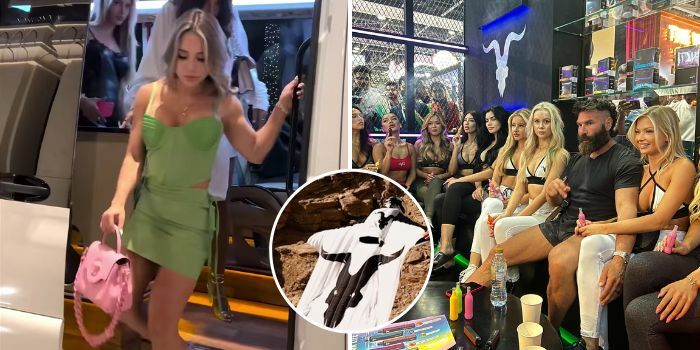 American businessman Dan Blizerian famously nicknamed ‘The King of Instagram’ recently announced the launch of his Ignite products in the UAE, Kuwait and Lebanon with a video that has over 1.6M likes on Instagram.

The video, which features nudity and vapers, has been picked up by citizens who claim that it is offensive to the UAE’s morals and hurts religious sentiments.

WARNING: The video below is 18+

Ignite is an international brand that was founded in the USA. The company mainly deals in vapers, spirits, and beverages. It also has a premium apparel line- Ignite Apparel that is intended to promote an active lifestyle.

Ignite will be selling its vaper products in the UAE.

Known for his ‘playboy’ lifestyle that he often showcases on social media, Dan Blizerian is often found in the company of several women. He has been accused of objectifying and “normalising women as background rather than actual human beings.”

The group was also at the Dubai World Trade Center a week ago for the Dubai World Vape Show. They stayed in the Burj Al Arab, where the seemingly offensive video was shot.

Comparisons are being drawn between Blizerian’s video and two other recent incidents that were highlighted for being offensive- the ban on Buzz Lightyear in UAE cinema for intimacy between the same sex, and beauty mogul Huda Beauty’s Instagram post in support of Pride Month.

The common sentiment is that they must all be held to the same standards of censorship.

Respect their religion!! . How is this even allowed in UAE @HHShkMohd

Stop spreading vice.. you want to destroy societies.. We will not allow you to destroy our people …