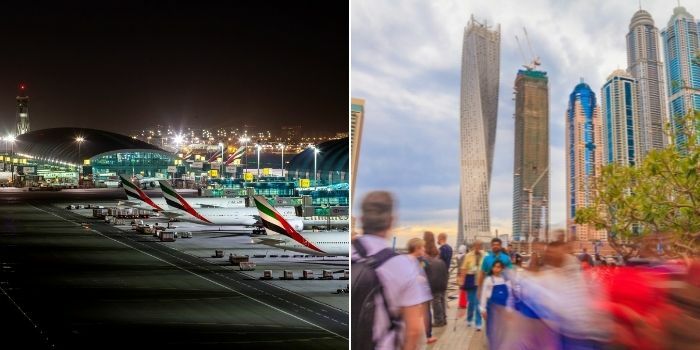 There’s no doubt that the Dubai International Airport is one of the busiest in the world. You’d think most of the population travelled to or from Dubai during Eid break alone.

In fact, DXB reported that passenger traffic more than doubled during the reporting period to 13.6 million travellers, from 5.7 million in the same quarter in 2021. What does this mean? It means this quarter saw a rise of 5.8% in passenger traffic compared to the last quarter of 2021. Those numbers though!

Talk about the busiest quarter since 2020!

We’ve had a huge start to the year! From January to March more than 13.6m guests travelled through DXB, the second consecutive quarter we’ve exceeded the 10 million guest mark!#DestinationDXB #milestone #aviationrecovery #DXB pic.twitter.com/9xB6rNvz0p

India might be the airport’s top destination country, but Saudi Arabia comes in second with 1.1 million, Pakistan with 997K, and the UK with 934K. The top three cities in terms of passenger numbers were London with 617K passengers, Riyadh with 517K and Jeddah with 337K.