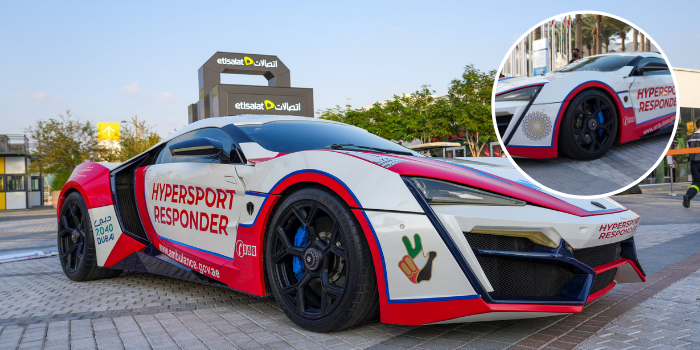 Time is of the essence in emergencies, and Dubai, being Dubai, has supercars as first responders. The Lykan HyperSport is the newest addition to Dubai’s fleet of supercar first responders (it feels odd even saying that). The car was revealed at Expo 2020 Dubai.

The #Dubai Corporation for Ambulance Services (DCAS) today unveiled the ‘HyperSport Responder’, the world’s fastest and most expensive ambulance responder, at @expo2020dubai.https://t.co/PQF9TmKtee pic.twitter.com/bkx837bZGm

The Lykan HyperSport supercar was manufactured in the UAE by W Motors, a Dubai-based Emirati sports vehicle manufacturer. There are only seven of these cars in the world – that’s how rare this is. It is said to be the fastest first responder in the world! With a top speed of a huge 400 km/h, you can bet it is.

You probably have seen this car in the 2015 blockbuster Furious 7. Remember that crazy skyscraper scene?