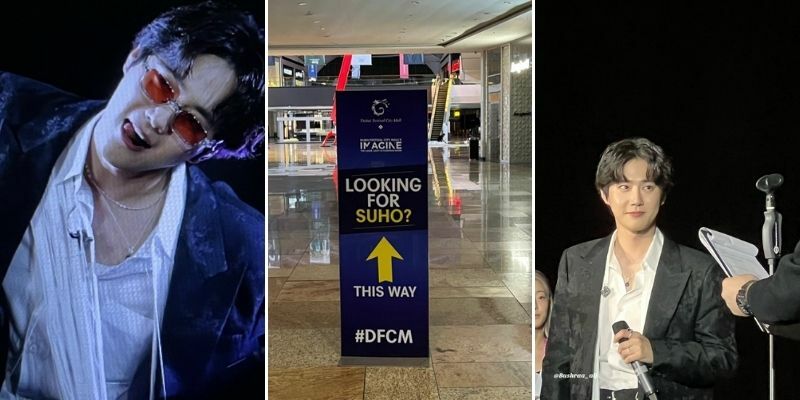 If you know you know. EXO, one of South Korea’s favourite boy groups, has been all the talk on Twitter since Friday. Why? Well one of its revered members, the singer and actor Suho, performed a FREE concert at Dubai Festival City Mall’s Festival Bay.

The hashtag #SuhoinDubai has trended on UAE Twitter on Saturday

The magnitude of South Korean groups is one that can’t be denied, especially EXO’s. The star, whose real name Kim Jun-myeon, sang three songs from his recently launched solo album called ‘Grey Suit.’

Junmyeon promises he’ll be back in Dubai with the members next time, so he asks us to wait for them 🥺🥺😭😭@weareoneEXO #Suho #SuhoInDubai pic.twitter.com/25SAZsXaQt

The performance started at 8pm

“The more you want to bring down EXO, the more you will see EXO everywhere, even in the places that you will not be able to reach”#SUHO_Hurdle #SUHOinDubai @weareoneEXO pic.twitter.com/e4PcLoMbD6

Refresh your mind: In 2017, EXO made history by being the first K-Pop group to have a song be played at the Dubai Fountain

HE, along with a 5-piece band, performed all his popular hits at Festival Bay

Songs like Let’s love, Grey Suit and his latest, Hurdle had the crowd swaying, singing along and screaming.

SUHO got the crowd pop-ping! The K-Pop sensation along with his 5-piece band had the crowd swooning and grooving to his beats at Festival Bay with his popular hits Let’s love, Grey Suit and the latest, Hurdle. The show will remain memorable for all who attended. #DFCM pic.twitter.com/74jOyWtF67