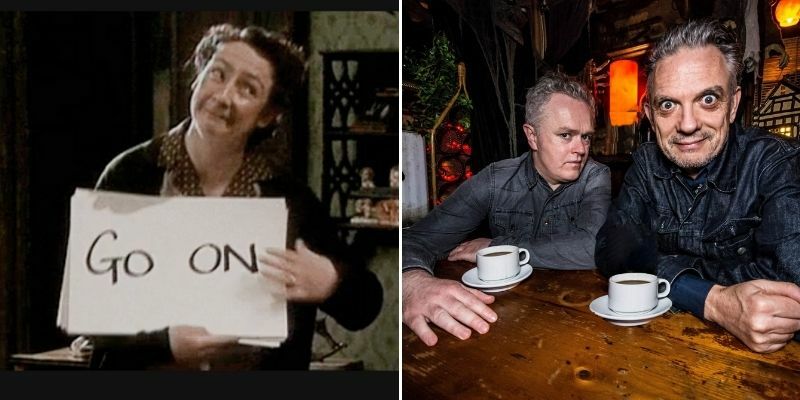 Yes, you read that right, Craggy Island is coming to Dubai!

McGettigan’s JLT turns ELEVEN next week and to celebrate, the Irish pub is throwing a five-hour Father Ted-themed bumper brunch, they’re hosting an ELEVEN HOUR happy hour, and they’re flying in top comedians to bring the Baggot house DOWN!

To kick-start the birthday celebrations, legendary Irish comedians Joe Rooney and Pat McDonnell will be flying in from Craggy Island on Thursday 18

Kicking off the craic in style, the duo is hosting a  night of comedy that you just won’t want to miss featuring a chance to win The Dancing Priests and Nuns Dance Off, and a prize for the best dressed Father Ted character, and you KNOW there’s going to be a lovely girls competition!

Where?  The Baggot, McGettigan’s JLT

How much? AED75 per person, including a welcome drink

McGettigan’s is saying a massive thank you to everyone who’s helped prop up the bar over the last decade and then some by running an ELEVEN HOUR happy hour on Thursday 18th, from 12pm – 11pm

The perfect way to get warmed up from the comedy show – Cya there!

The big birthday brunch is running for five hours on Friday, with Mrs. Doyle ready and waiting with her shots trolley and Pat Mustard Milk Float drinks on tap all afternoon

Step out of JLT and into Funland, where you’ll find the spinning cat and the pond of terror, plus a special guest appearance from the rebellious, Father Damo AND the best bits of Father Ted on loop on TV all day… Can we move in?!

Don’t forget to sign the McGettigan’s Giant Birthday Card and share your best McGett’s memories from the past 11 years for the chance to win Premium brunch for 4 worth over 1111 AED… BOOM!

Deals alert! Don’t miss the Birthday Shot Tray. Get 11 shots for just AED 111, available all day on Thursday, 18 and Friday, 19 of November. 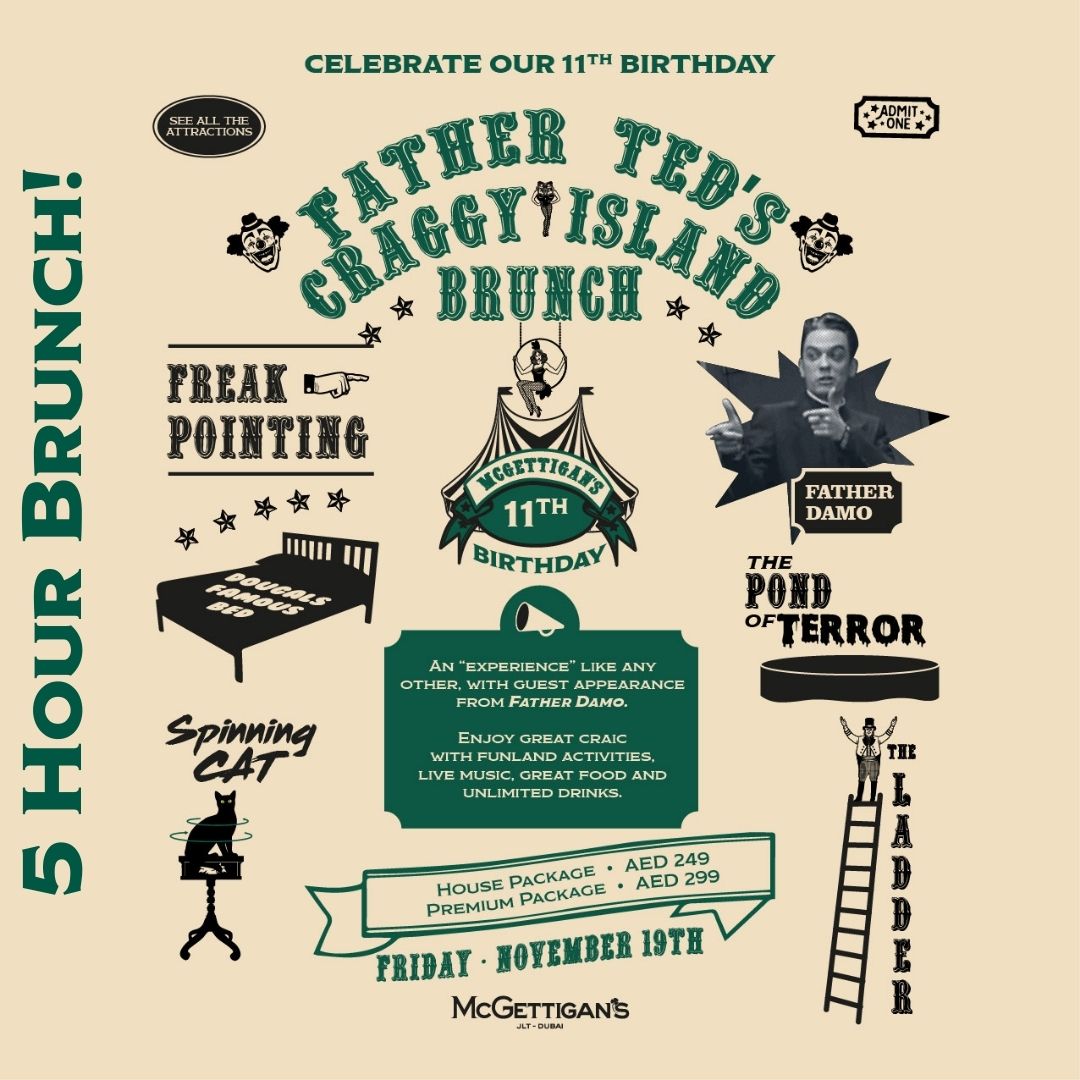