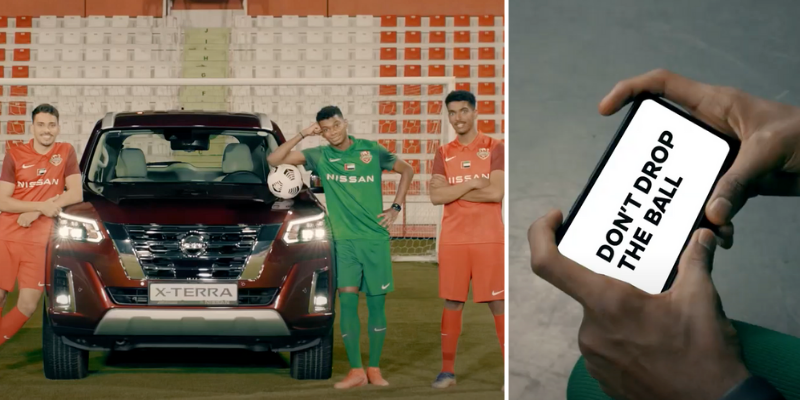 If football has been your life calling, you might want to keep scrolling.

On April 9 and 10 2021, the Arabian Automobiles Company Nissan Dubai (the sponsor of Emirati football club Shabab Alahli) invites you and your best mate to take part in a weekend filled with skill-building, LOTSA fun and a game of football but with a twist.

Yep, this championship is about to give you the rush you’ve been craving

The teqball game has no limits! Lock your calendars and grab a friend while you enjoy a weekend filled with skills & fun. Together with Shabab Al Ahli, Nissan of Arabian Automobiles invites you to join us for a twist of the classic football game at Central Park, La Mer on 9th & 10th of April.

Football fans have even more to look forward to, from 3 – 11 p.m. on 9 April, and from 2 – 10 p.m. on 10 April, claim your spot in the tournament! PLUS winners are being rewarded with official signed Shabab Al-Ahli memorabilia.

The Arabian Gulf Super Cup won by Shabab Al-Ahli for the 2020 – 2021 season will be on display for the duration of the tournament.

The teqball game will kick off at Central Park, La Mer on April 9 and 10

Thanks to the folks over at Shabab Al Ahli, Nissan of Arabian Automobiles, the weekend of your DREAMS will starts in less than a week.

So really, note this down on your calendar to avoid any fomo.

ALSO worth noting that The Arabian Gulf Super Cup won by Shabab Al-Ahli for the 2020-2021 season will be on display during the whole thing!

Tempted to get involved? Here are the deets!

It’s all happening at Central Park, La Mer on April 9 and April 10