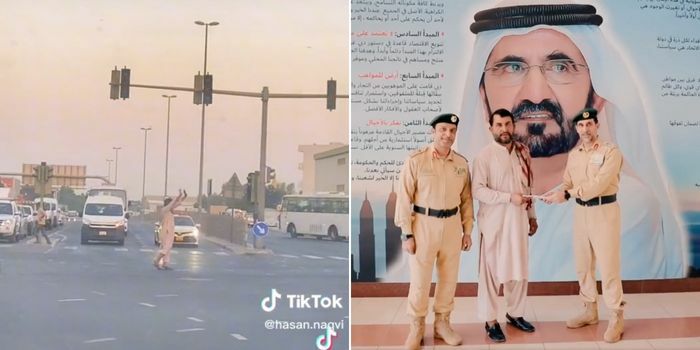 On November 15 at 6:30 am, a video started to go viral, showing a Dubai resident directing traffic at a busy intersection. The video captures the traffic lights flickering yellow, indicating that they either malfunctioned or an emergency is taking place and first responders will be crossing soon.

Watch The Lovin Dubai Show: Dubai’s Public Transport Will Be Emission-Free By 2050