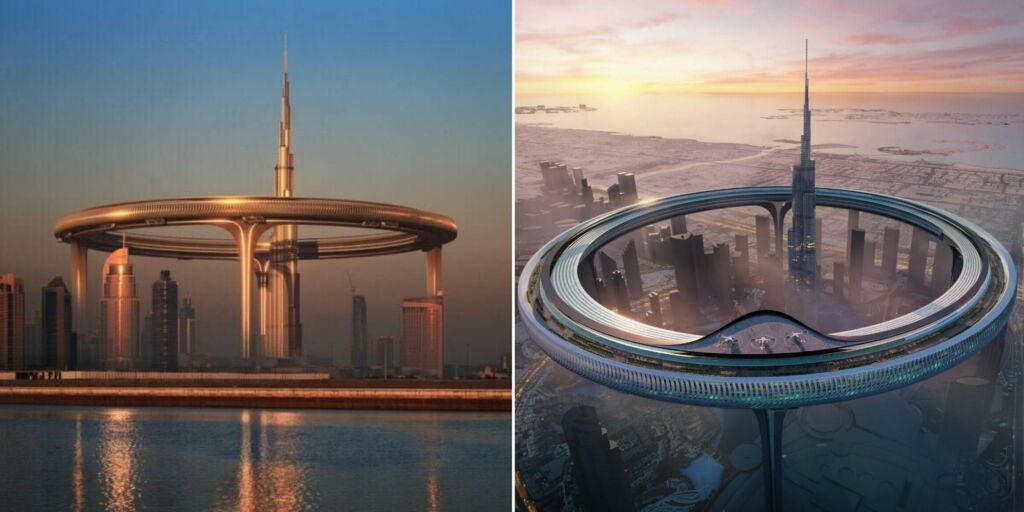 …and for good reason too! The suggested architecture marvel is a literal crown on the skyline of Dubai and has been named the The Downtown Circle

An architectural office in Dubai called Znera Space recently released images of a futuristic rendition that is supposed to be built at the dead-centre of Downtown Dubai.

As the name suggests, the structure is a 550 metre tall ring designed by the co-founders of the company Najmus Chowdry and Nils Remess.

According to The National, the artists thought of this design during the pandemic. They were inspired by smart-urban planning which also extends outwards to social boundaries and environmental factors. 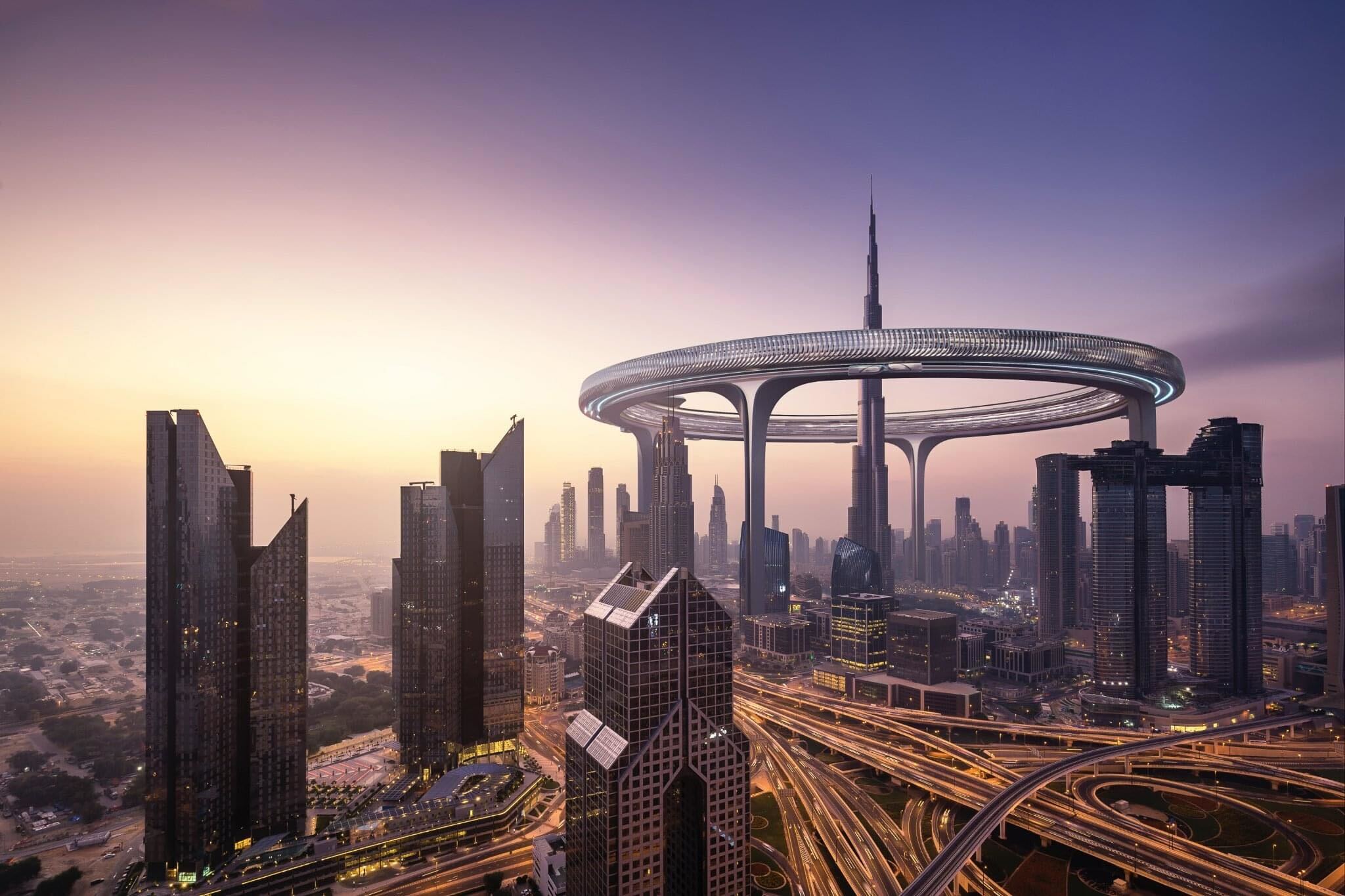 The conceptual ‘Downtown Circle’ is meant to Comprise Many Small Units, Including Residential, Commercial, Public And Cultural Spaces