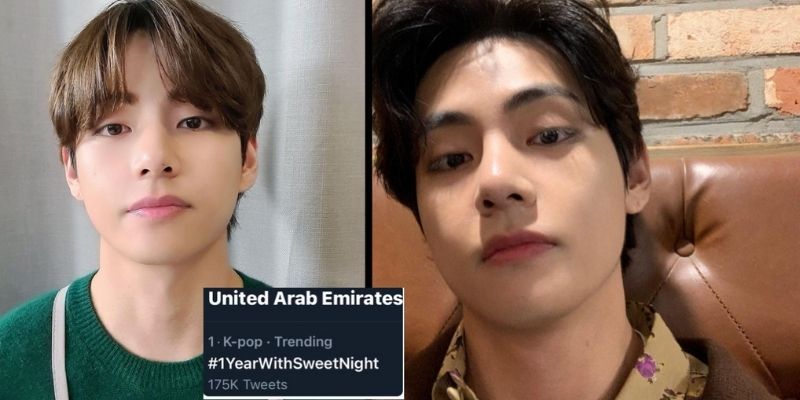 BTS member Kim Taehyung’s song ‘Sweet Night’ was being celebrated for its first anniversary by UAE fans, not just with a trending topic on Twitter but a donation made to a local charity.

If you thought you were a die-hard fan, think again, the BTS army is unlike anything else.

In fact, the song has made such an impact that it needed to be celebrated in the best ways possible.

As one would expect!

KTH Dubai donated funds to Dubai Foundation For Women and Children, a non-profit shelter in the UAE that specifically runs to take care of women and children

How sweet! This isn’t the first time that the BTS Army have taken their fandom and put it to good use, they’re truly doing something not a lot of other fanbases do.

Other Army’s around the world donated to local charities in their respective countries too, proving once and for all the collective power of the BTS Army!

To celebrate #Taehyung‘s 1st anniversary of Sweet Night, we have donated cash to Dubai Foundation for Women and Children. It’s a non-profit shelter in the UAE that runs specifically for the care of women and children.#1YearWithSweetNight pic.twitter.com/HP95dJPM9P

Listen to the full song below: